Biographical Sketch of May Mann Jennings

May Mann was born April 25, 1872, in Centerville, New Jersey, to Austin Shuey Mann and Rachel Elizabeth Kline Mann. May married William Sherman Jennings on May 12, 1891, and they had one son, Sherman Bryan Jennings born in November 1893. Widowed in February 1920, she continued to live a long and prominent life until her death in 1963. She is buried in the Evergreen Cemetery in Jacksonville, Florida.

May Mann Jennings's father, Austin Mann, was a prominent businessman and politician and was of tremendous influence on May. He moved his family to Crystal River, Florida, in 1874, which at the time was a remote farming town filled with orange groves. Austin was an inventor and farmer, and the family lived a genteel life on the frontier, fostering her love of the outdoors. Austin ran for public office throughout much of May's childhood and he included her in his work, cultivating a love of politics. Her mother was a musician and died of tuberculosis when May was nine years old, leaving May to help care for her four younger siblings. In 1883, she and her younger sister moved to St. Joseph's Convent School in St. Augustine and boarded there for 7 years.

Following graduation, May moved to Tallahassee to help her father, who was then a state senator, and met up-and-coming democrat Judge William Sherman Jennings, a cousin of William Jennings Bryan. After their marriage in 1891, she moved to Brooksville and was actively involved in founding and participating in club and committee work focused on civic and political matters.

In 1899, May turned to help her husband become governor of Florida from 1901 to 1905. As First Lady of Florida, May was active in his progressive administration that challenged rail barons to restore public lands to the state. Both May and Sherman were proponents of drainage and reclamation projects in what would become the Everglades.

In 1905, the Jennings family moved to Jacksonville, Florida, and May joined several women's clubs, including the Jacksonville Woman's Club. Through this club, she became one of the first women in Florida to have an involved role in state politics, championing a wide array of causes like child welfare, education, temperance, prohibition, beautification, and conservation. This club was part of the Florida Federation of Women's Clubs (FFWC), modelled after the General Federation of Women's clubs. May became chairman of the Jacksonville club in 1911, vice president of the FFWC in 1912 and president of the FFWC from 1913 to 1917.

As president of the FFWC, May grew the club considerably in size and political power. While May was personally championing suffrage, she felt that, as president, she could not formally endorse the movement without approval. The rank and file of the organization felt equal suffrage was too controversial in 1913 although by 1915, she was given authority to encourage all members to study and educate themselves on the issue. As momentum for suffrage grew, May was among those who addressed the legislature again in 1917 in support of a state constitutional amendment and on April 23 the resolution to submit the amendment passed in the Senate 23 to 7. The amendment moved to the House and after two days of debate, the measure failed by a margin of five votes. This failure was a great disappointment to May and some began to question her leadership.

She was among a delegation of Women in 1919 to submit the federal amendment for ratification by the Florida legislature, however it never reached the floor of either chamber. Despite campaigning by numerous women's clubs, Florida only received equal suffrage for women when Congress approved the nineteenth amendment, ratified, and made law.

May continued to pursue a life of civic work and her impact on the state of Florida was great. She continued being involved in club work and served as first vice-president of the General Federation of Women's Clubs from 1920 to 1924. One of her most well-known causes was the creation of Royal Palms State Park, the first state park in Florida, which would become the nucleus of Everglades National Park. 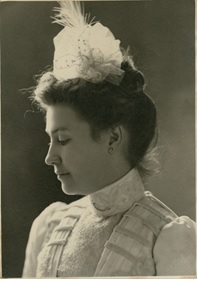 May Mann Jennings, 1891, University of Florida George A. Smathers Libraries 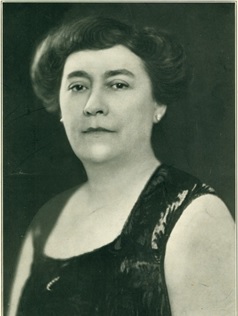 May Mann Jennings, 1924, University of Florida George A. Smathers Libraries

"May Mann Jennings, 1872-1963." In Her Own Words, Florida Memory, State Library and Archives of Florida.