Alberta Martha Hill was born in 1889, in New South Wales, Australia. She came to the United States in 1902, when her father, American merchant Marcus Stow Hill, requested a passport to bring his family stateside. She was accompanied by her mother (and namesake) Alberta Reardon Hill, and a younger brother.

By 1911, Alberta was 22, and active in the women's suffrage movement. She served as the executive secretary to the Women's Political Union under Harriot Stanton Blatch. The two women worked together for several years, and the outspoken Blatch was a particular admirer of Alberta's gentle nature. After a run-in with a stubborn police chief, who was eager to revoke a meeting permit the WPU had filed, Blatch remarked that everything was smoothed over with "patience on the part of everyone, and particular pleas on the part of Alberta Hill, our very able and beautiful secretary."

In September of 1911, the Philadelphia Woman Suffrage Association held an "Open Air Suffrage Meeting", which was announced in the Friend's Intelligencer, a Quaker publication. The gathering, held in Independence Square, was the first of its kind in Philadelphia and featured speakers such as Anna Howard Shaw and Harriet May Mills. Among the speakers was "Miss Alberta Hill, from Australia" where, the paper noted wryly, "women have been voting for years".

The presidential election of 1912 was contentious, with three parties fighting tooth and nail for every vote. Sitting president William Howard Taft carried the Republican standard, while neophyte Woodrow Wilson was the Democratic nominee. Former president Theodore Roosevelt, having failed to capture a spot on the Republican ticket, formed his own "Bull Moose" party and ran as a Progressive. Many suffragists followed him, hoping that his forward-thinking platform would translate to policy. Florence Harriman, a prominent Wilson supporter, attempted to drum up support from the "youth vote", but later bemoaned that "all our birds had gone to perch on the suffrage plank" (of the Progressive Party). Alberta herself broke rank with many of her peers to work for Wilson's campaign. She served for two years as the first assistant in the Organization Bureau. While Wilson was a relatively inexperienced politician, the Democratic governor of New Jersey would secure the nomination, and later, the White House.

Her support for Wilson notwithstanding, Alberta was among the nearly 8,000 suffragists that marched on Washington on March 3, 1913, protesting the continued exclusion of women from the political process. Coinciding with Wilson's inauguration, the march drew such luminaries as Helen Keller and reporter Nellie Bly. An image preserved by the Library of Congress depicts a smiling Alberta mounted on horseback, ribbons pinned to her lapel, with the Capitol Building in the background.

Alberta Hill married in November of 1915, at the Church of Our Lady of Good Counsel in Staten Island. Her groom, Francis (Frank) Smith, worked under Josephus Daniels, the Secretary of the Navy. The New York Times announced the union as "Suffrage Leader Weds Secretary to Daniels". In addition to a lovely description of her "gown of white broadcloth" with a "white hat and white fox furs", the article records Alberta's answer when asked if she would obey her new husband.

Harriot Stanton Blatch, at the wedding which the Times declared "almost a suffrage function", took the opportunity to grill the priest. How had he voted, she wondered? For or against women's rights? He gently demurred, admitting that he had not, but that "five other priests associated with him had." The young couple made their first home in Washington, D.C.

By the following year, the Women's Political Union dissolved and "amalgamated" with the Congressional Union, in order to focus attention on gaining the vote at a federal (rather than state) level. Alberta continued to serve as executive secretary, even taking over leadership duties in late 1916, as Harriot Stanton Blatch dealt with the loss of her husband and the settling of his estate.

Alberta and Francis Smith welcomed three children over the next few years. A daughter, Dorothy, arrived in 1917, followed by her sister Narell in 1919. Their youngest, Martiecita (possibly a derivative of Alberta's middle name Martha, sometimes styled as "Martie"), was born in 1921. The youngest Smith child passed her name to her own daughter, who in turn did the same. Alberta "Martie" Hill has living great-great-granddaughters that still bear her name.

She spent the majority of her later years in Staten Island. Alberta Hill Smith died in 1952. 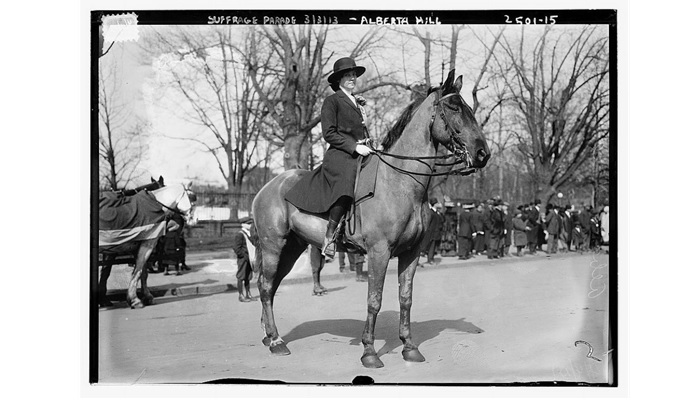 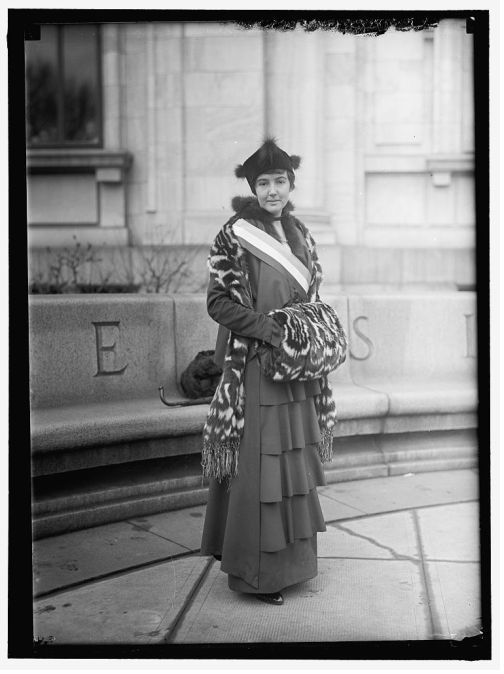