Laura Holmes Reilley was born in St. Louis, Missouri, in 1861 to Charles and Mary Holmes. She attended the Mary Institute of the Women's Department of Washington University. Shortly after her graduation in 1882, she married James Eugene Reilley with whom she would have six children. The Reilleys settled in Charlotte, North Carolina, in the 1890s, and Laura began her long involvement with community activism, philanthropy, politics, and women's rights. The first North Carolina woman to be included in Who's Who in America, Reilley served as president or chair of countless organizations, including the Charlotte Woman's Club, the North Carolina Federation of Women's Clubs, the Ladies Aid Society, the Charlotte Sorosis Club, the Daughters of the American Revolution, the Colonial Dames, the Society of Mayflower Descendants, and the Needlework Guild of America (Charlotte branch). She was also a trustee of the Mint Museum and a charter member of the Westminster Presbyterian Church and the Myers Park Presbyterian Church.

Reilley was considered the "premier equal suffrage advocate" of the city of Charlotte. She regularly contributed to the suffrage edition of the Charlotte Observer and advocated for women's rights throughout the state. Reilley was also an organizer of the, a charter member and first vice-president of the Equal Suffrage League, and a member of the advisory board of the League of Women Voters. She traveled to the first Southern States Rights Suffrage Conference in New Orleans in November of 1913, as the personal representative of Governor Locke Craig. She was also among the women who spoke when the Equal Suffrage Bill was introduced before the North Carolina Legislature on February 2, 1915.

In 1917, she applied her organizational talents and vast social networks to the mobilization of North Carolina for World War I. North Carolina Governor Thomas Walter Bickett appointed Reilley as head of the North Carolina Woman's Committee of the Council of National Defense, which coordinated much of the state's volunteer war work. After the war ended in 1918, she continued her interest in women's rights, education, and politics. Reilley died in 1941 and is buried in Elmwood Cemetery in Charlotte, North Carolina.

"Notes about Club Women of North Carolina," Everything, November 7, 1914. 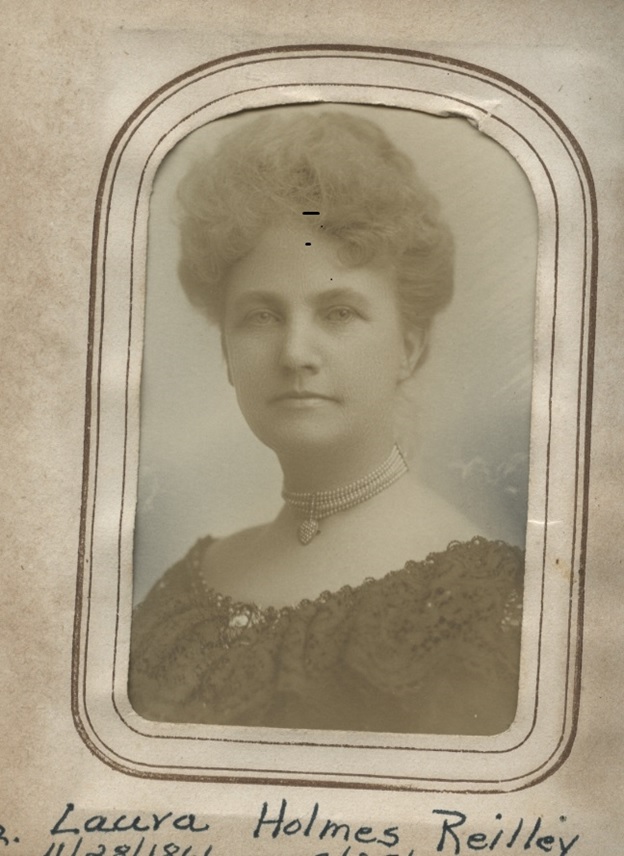