Louisa Wait Lord was born in 1836 to George William Lord of Massachusetts and Ellen Wait Lord of Maine. Initially the family lived in Philadelphia, but then resided in Brooklyn between 1855 and 1860. In 1862 her father died and she moved back to Philadelphia. She had four brothers; one of whom, George W. Lord, married Martha Patricia Mott, the daughter of Lucretia Coffin Mott. In 1870 she married William Henry Riley (1834-1906) and they had two children, Champlain Lord Riley and Howard W. Riley. Initially they lived in East Orange, New Jersey, where her husband was an accountant. In 1894, they had moved to Ithaca, N.Y. so that both Champlain and Howard could attend Cornell University. By the early 1900s, they had moved to Plainfield, N.J. where they would live the rest of their lives. They were both active members of the All Souls' Unitarian Church. She died in 1917 at age 81 after a long illness and is buried in Philadelphia at Laurel Hill Cemetery with her husband.

Her involvement in women's groups began in 1872, when she brought 15 women together at her home in East Orange, N.J. and formed the Women's Club of Orange (WCO). Being familiar with work of the Brooklyn Women's Club, she thought it would be "useful to the women of Orange in broadening their mental horizons and giving variety to their thoughts." It was the first woman's club in New Jersey and the fourth in the U.S. At their fourth meeting, she was elected Second Vice President. Generally the club just held discussions on practical matters including: education, temperance, social duties, etc. But, in 1873, they created an evening school for girls taught by public school teachers. From 1874-1876 she was President of the WCO. In May of 1891 she attended the first meeting of the National Federation of Women's Clubs held in East Orange, hosted by the Women's Club of Orange on the 19th anniversary of their founding. About 65 delegates were present representing clubs in 18 states. She was also a member of the Orange Political Study Club (OPSC) and was one of its auditors under President Minola Sexton from 1900-1905. The OPSC joined the State Federation in 1901.

After her move to Ithaca, New York in 1894, she most likely attended the New York Women's Suffrage Convention in Ithaca in November 1894. Inspired by Susan B Anthony's speeches at that conference, Louisa decided to start a local women's suffrage club at the age of 58. In 1895, she started the Ithaca Woman's Club (IWC) whose mission was "to awaken in its member an interest in topics of general and social importance by means of essays and discussions." She found that the women in Ithaca were quite conservative so she devised a club agenda which studied socially acceptable issues and only discussed suffrage every fourth week. There were 25 charter members and she was elected its first president; later becoming honorary president until her death in 1917. A gap developed between the IWC and its suffrage section, so they decided to split off to create the Ithaca Political Study Club (IPSC) in 1899. The IPSC's objective was "to secure to women the unrestricted exercise of all the rights of citizenship, and equal constitutional rights with men, and equal protection of the law." The initial 13 member group consisted mainly of teachers and widows, but it expanded to a more middle class segment and to the Cornell campus.

By 1900, the Riley's had moved to New York City and a few years later back to New Jersey, settling in Plainfield near their son and daughter-in-law Ida & Champlain Riley. It is not noted if she continued her involvement in the suffrage movement during this time, but Ida & Champlain were very active in supporting the suffrage cause. She did stay active in the community supporting charities like the King's Daughters, a charity helping disadvantaged children. 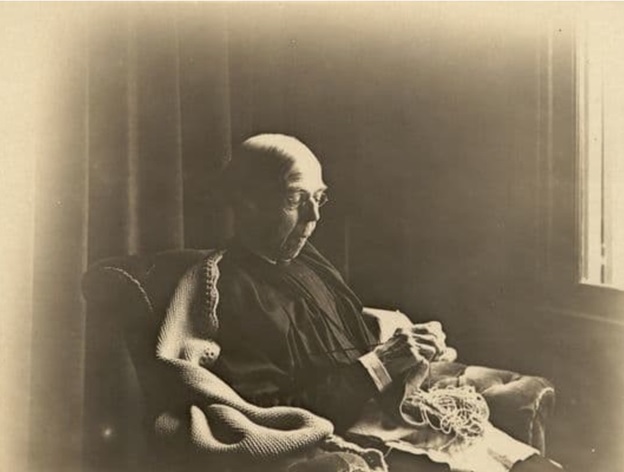