Caroline "Carrie" Julia LaFontisee was born in St. Lawrence County, New York, on April 15, 1884, to Mary Salome and Louis Napoleon LaFontisee. By 1900, her parents had moved to Gainesville, Florida, where her father was a carpenter. She graduated from East Florida Seminary, which is now part of the University of Florida, and taught school for a year. She later attended summer school at the University of Florida. About 1902, she married James Wesley McCollum, a prominent Gainesville businessman and druggist; they had no children.

Carrie McCollum was known as a prominent club woman involved in civic and public affairs. In November 1917, McCollum was elected vice president of the second section of the Florida Federation of Women's Clubs (FFWC), the largest organization of women in the state, and served as chairman of industrial and social conditions. She also was elected President of the FFWC, serving from November 1919 through 1921. Under McCollum's direction, the FFWC assisted in preparing a child hygiene survey which sought to establish a child welfare organization to help educate families in proper hygiene routines. In 1922, McCollum became editor of the Florida Bulletin, described as the official organ of the FFWC.

The Pensacola Journal mentions McCollum in 1919 when she entertained members of the 20th Century Club, Gainesville business woman's club, and Philharmonic Society at a reception at her home. The newspaper describes the house as "prettily decorated for the occasion with lovely garden flowers, a profusion of giant zinnias and other bright tinted blossoms being used to advantage in the reception hall and living room, while in the dining room a dainty color motif of pink and green was artistically carried out with bouquets of crepe myrtle combined with asparagus fern." In the same year, McCollum held the title of vice chairman for Florida's District 2 for the National Woman's Liberty Loan Committee, which enlisted women to serve as sellers of Liberty loans to finance World War I.

In 1919, McCollum also actively fought for women's suffrage and held the position of auditor with the state's equal suffrage league. She also lobbied for suffrage, among other things, with state legislators in her leadership role with the FFWC. She registered to vote after the Nineteenth Amendment passed and voted in every election afterward.

McCollum was the guest of honor at the 1920 Ocala Woman's Club meeting. According to The Ocala Evening Star, McCollum "never fails to impress her hearers with the sincerity of her conception of woman's duty in citizenship and the loftiness of the ideals and aims of club work for the betterment of women in all walks of life." By 1924, McCollum was president of the South Eastern Council of Federated Club Women as well as Vice president of the Twentieth Century Club.

McCollum's civic involvement continued in 1936 when she was a member of the State committee that was the governing board for the State Merit System - a system used to employ social workers. And in 1939, she was elected president to the National Council of Catholic Women. The following year, McCollum attended the President's White House Conference on Children in a Democracy as a member of the Florida committee that worked to prepare a 10-year program aimed at improving conditions for children. She is also credited with founding the Junior Welfare League in Gainesville. Many people with whom she worked affectionately called her "Aunt Carrie."

McCollum's husband died in 1945. On June 4, 1948, she married her second husband, Jay Holland Palmer, in Gainesville. Her wedding announcement described her as a "nationally known religious worker and club woman." Her husband was a hotel operator in Cordele, Georgia, where the couple lived after their marriage until the late 1950s when they returned to Gainesville. Her second husband died in Gainesville in 1965 and she died there on April 28, 1978, and is buried in Evergreen Cemetery. 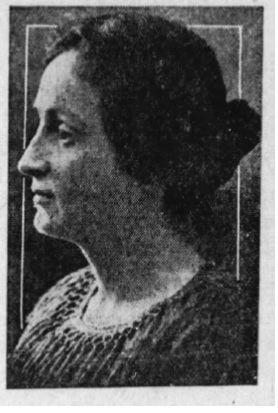 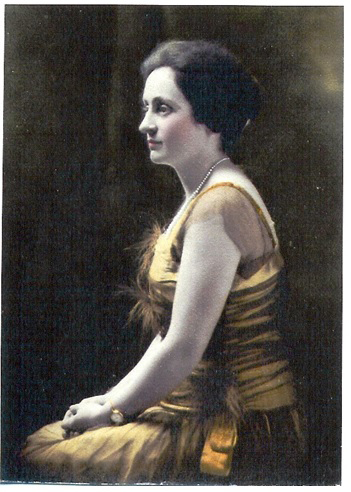 Courtesy of the LaFontisee family