Elizabeth Skinner was born January 6, 1887, in Hillsborough County, Florida, to Lee Bronson and Mary Eleanor (Bruce) Skinner. Her father was considered a pioneer citrus grower in Florida. She grew up in Dunedin and graduated from Smith College, Northampton, Massachusetts. She earned an AB degree in sociology. She was an educator, teaching sociology at Florida Southern College and serving as dean for women. She was active in the First Presbyterian Church throughout her life.

Among her many civic engagements, Skinner was a state organizer for the women's suffrage effort in Florida. A resident of Dunedin, she was active in the community through many organizations, including the Pinellas County Women's Club, the Dunedin Women's Club, and the Dunedin Library Association. She served on the legislative committee of the county women's club, which corresponded with her vice presidency in the Florida Equal Suffrage Association (FESA).

In November 1918, Skinner spoke before the Florida Equal Suffrage Association conference in Daytona on the "Right and Power of Petition." She presided over the Equal Suffrage Conference held in Tampa in January 1919. In March, she solicited support for the suffrage amendment in Florida, and she travelled throughout Florida giving lectures and speeches in support of the cause. These efforts were part of a push to put suffrage before the Florida legislature in April 1919, and she went to Tallahassee to be part of the lobbying effort with the suffrage association to convince legislators to support the federal amendment. She returned to Dunedin, despite the failed effort, and reported on the lobbying work to the county women. This meeting, along with numerous other club and suffrage meetings, happened at Library Hall.

After the passage of the Nineteenth Amendment, Elizabeth Skinner continued her advocacy for women through the League of Women Voters, the Young Women's Christian Association (YWCA), and the General Federation of Women's Clubs, serving as president for the Florida GFWC.

Elizabeth Skinner married Charles Jeter Jackson on October 21, 1927. He worked for the YWCA and was a widower with one daughter. Her wedding announcement mentioned that she was a past president of the Florida Federation of Women's Clubs, was serving on the Child's Code Commission of Florida, and was vice-president of the national YWCA. They lived in Tampa in 1930. By 1935, she had returned to Dunedin, living with her parents, and the 1940 US Census listed her as divorced and living in Lakeland. In 1947, she ran a successful campaign to become a county school trustee in St. Petersburg, Florida. She later returned to Dunedin, where she died in March 22, 1962. She was buried in Dunedin Cemetery. The Elizabeth Skinner-Jackson Park in Dunedin was named for her. 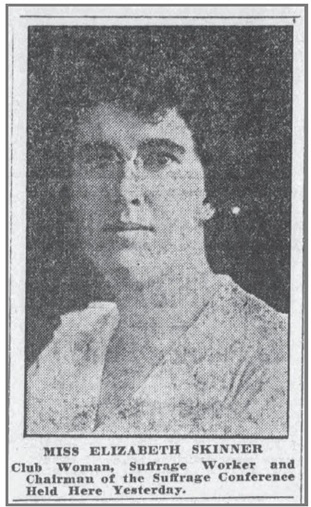 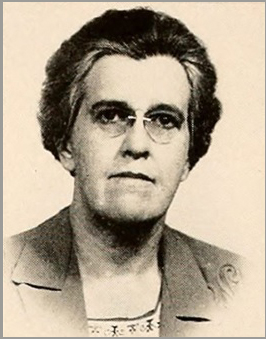 *Note on sources: All newspapers articles found with Newspapers.com.