Lois Janiver was born on 21 April 1889 in New Orleans, Louisiana to postmaster Charles Janvier and his wife Josephine Celeste Bush. She was the third of their eight children. Josephine died in January 1899, when Lois was only nine years old. As a teenager, Lois was a student at Newcomb High School.

After completing high school, Lois attended Newcomb College at Tulane University, graduating in 1910. While enrolled at the college, she was president of the freshman class in 1907 and the sophomore class in 1908, and a member of the Deutsche Verein (German club), Newcomb Glee Club, the women's basketball team, the tennis club, the YWCA, Pi Beta Phi, The Tulane Weekly, and The Newcomb Arcade.

After graduating from college, Lois was honored in a series of debutante balls. Her high standing in local society is evidenced by her participation in the royal courts during Mardi Gras. In 1911, she was a maid of honor, and in 1912, she was queen. Lois appears to have spent the first two years of post-graduation life reveling in the role of debutante. Later, she was to say that "There is nothing in life which gives a girl poise, ease and self-confidence like the debut season," but that "while a girl is a debutante she is not doing much for the world. It's her after-life that is to count." Lois appears to have followed her own advice, as she did not marry immediately after her debut season, and devoted herself to social work.

Lois continued to be active with the YWCA after college. She was also a member of the Era Club where in 1914 she was a member of the national child labor committee. Additionally, she was on the board of a children's nursery located at Annunciation and Thalia Streets. Other activities included work with the New Orleans Museum of Art, the theater department at Newcomb, the Louisiana Federation of Women's Clubs, the Catholic Women's Club, the New Orleans Commission for the Blind, and the local "Stay in School" campaign organized by the school board superintendent.

By 1914, Lois was employed to do welfare work at D.H. Holmes Department Store in a position called "social secretary" or "welfare secretary." By 1917 she was the welfare director there, looking out for the well-being of the young men and women employed by Holmes. Lois was involved in the suffrage movement by early 1915. In January of that year, she was elected recording secretary of the Louisiana State Woman's Suffrage Association. She was reelected the following year and in 1918. At a suffrage rally in August 1915, Lois declared "What Louisiana needs is to let her women help her men overthrow political bosses and set her free." Her position with D.H. Holmes was intertwined with her participation in the suffrage movement, as she advocated for providing the Holmes "shop girls" with places to meet and interact with other members of society. When offered the position of officer with the Louisiana branch of the National Woman's Party when it was established in 1917, Lois declined the position, though she still participated in the organization.

As the U.S. entered the war, Lois turned some of her energy to the war effort. She was a member of the New Orleans Food Preparedness Commission, the War Department Commission on Training Activities, the Sailors and Soldiers' Club, the Woman's Committee of the Council of National Defense, and the Patriotic League. In 1919, she was appointed Secretary of the National War Work Council, a position which took her abroad during the final months of the war to engage in projects with the YMCA and the American Expeditionary Forces in France and Germany. In early 1920, Janvier, representing the Woman Suffrage Party, joined a large group of supporters of the Nineteenth Amendment to lobby the governor and the state legislature to ratify the Amendment. Louisiana had the opportunity to become the 36th and decisive state ratifying the Amendment, but it was defeated by a vote of 46-52 on its final vote in the State Senate. The suffrage amendment could not overcome the strong states' rights opposition to any federal legislation determining voting qualifications in the state.

In October 1919, Lois announced that she was to marry George Marsh "Jack" Lester, an army captain from Ohio who was ten years her senior. The newspaper announcement stated that the romance had been "long standing" by that time. They were married on 16 February 1920 in New Orleans.

Lois and Jack moved out of the city to West Feliciana Parish, where Lois became a homemaker, raising turkeys on their farm. In her later years, Lois painted, served on the Louisiana State Library Commission, and worked to restore Oakley Plantation.

Lois died on 27 October 1960 in New Orleans. She was buried in St. Francisville. 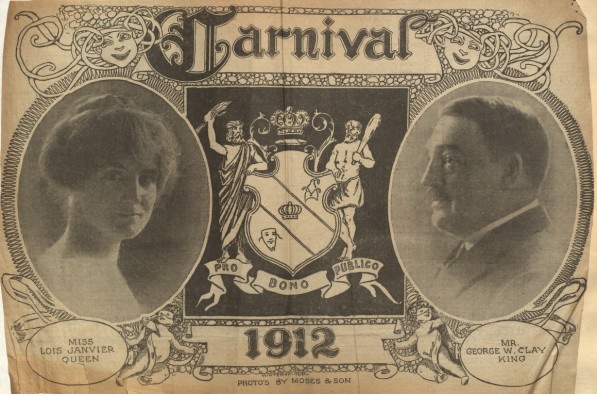