Jessie Mallory was born Jessie Ogden Mallory in Naperville, DuPage County, Illinois, on September 26, 1863, to the Honorable Smith Henderson Mallory and Annie Louise Ogden Mallory. By 1870, the Mallory family was living in Chariton, Lucas County, Iowa, where Jessie Mallory married Deming James Thayer on June 9, 1886. They had one child, Louise Mallory Thayer, who was born and died in 1888. Jessie Thayer was widowed in 1898; and by the 1910 census, she was living with her widowed mother in Orlando, Florida. She married William Russell O'Neal on October 14, 1914.

In Chariton, Iowa, Jessie Mallory Thayer was a prominent women's club worker. She created a "Village Improvement Club," and wrote and presented her work. She also joined the Iowa Federation of Women's Clubs (IFWC) and served as corresponding secretary, delegate, and chairman of the nominating committee in the 1890s and 1900s. She was a member of the Daughters of the American Revolution and took over many of her father's social and business obligations, including philanthropy, after his death in 1903. Her village improvement work and women's club work were interrupted by her father's death, a 1905 fire in Chariton that damaged the family's real estate holdings, and a 1907 bank failure in Chariton. Jessie Thayer served as a director of the bank, her mother served as president, and her mother's subsequent illness required a removal to Florida.

In Florida, she continued her women's club work and began working directly for women's suffrage. She served on the Board of Trustees for Rollins College, was named Orange county director for the Roosevelt Memorial Campaign in 1919 (honoring Theodore Roosevelt), and was a member of the National Society of Colonial Dames of America. She held leadership roles in the Florida Federation of Women's Clubs (FFWC) and in the Florida Equal Suffrage Association (FESA).

She started her FFWC work as president of the Orlando Sorosis Society--a community service organization--in 1913 when she represented the society at the annual convention of the FFWC. By 1919, she held leadership roles in the FFWC; she was Florida State Secretary to the General Federation of Women's Clubs (GFWC) in 1919, Florida Director to the GFWC from 1919-1922, and on the Federated Committee on Policies on the General Federation Board. She was quoted in the Pensacola Journal about her role for the GFWC; she said that serving as director was the "most interesting and delightful office I have ever held." During her tenure as director, Jessie O'Neal helped increase GFWC membership in Florida and led the FFWC in raising funds to help pay for the newly purchased GFWC national headquarters in Washington DC. Her goal, as director, was to "create closer acquaintance and sympathy between the Florida club women and the GFWC," and to put the FFWC on better financial footing. She resigned from her GFWC work in 1922, due to civic projects she was doing for Orlando.

Like her work for the FFWC, she began working for women's suffrage in 1913 for the newly formed FESA. In 1913, Mrs. Jessie Mallory Thayer served as an auditor for the FESA. Just months after her second marriage, Mrs. Jessie O'Neal (and her husband) attended the First Annual convention of the FESA at Pensacola in December 1914. Mrs. O'Neal refused a nomination as officer during the 1914 convention, citing ill health in the family, but accepted the role of First Auditor. In 1916, she served has a chairman on the committee on arrangements for the Chicago suffrage demonstration and attended the demonstration with Rev. Mary Safford. By 1919 she was president of the FESA. In January 1919, the fourth time the FESA attempted to press the Florida legislature to allow a vote on suffrage, Jessie Mallory O'Neal appealed to Mr. Duncan Fletcher, the U.S. Senator for Florida. He wrote to O'Neal, defending his anti-suffrage stance as a state's rights issue, and referred to the FESA as "unthinking women." In October that year she issued a call, with other leaders of women's organizations, for a "women's mass meeting" to register to vote and for voter education for women. The FESA merged with the League of Women Voters in 1921.

Jessie Mallory O'Neal died November 16, 1923, a little more than one year after resigning from the GFWC. 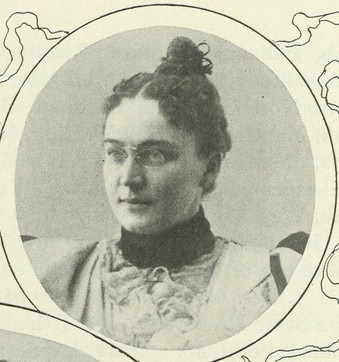 This photo of Jessie M. Thayer appears in The History of the Woman's Club Movement in America. 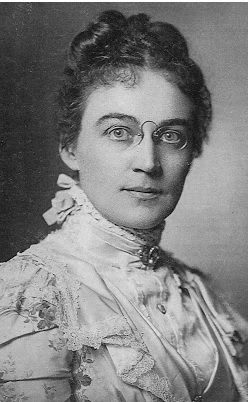