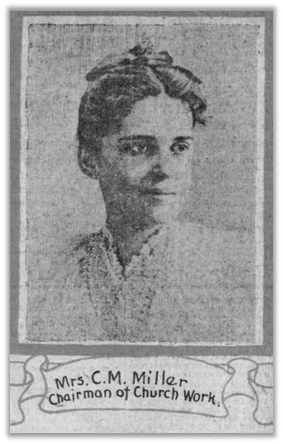 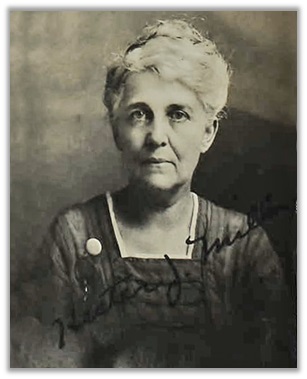 Hester Jane Miller was the third of six children born to Isaac Miller and Martha Norris Miller. She was born April 14, 1869 in Cincinnati, Ohio. Her father Isaac was an attorney who served in various political and civic positions through the years. Hester's uncles also held prominent positions in Cincinnati society. Isaac's brother Samuel, also an attorney, was a distinguished geologist and one of the founders of the Cincinnati Society of Natural History. Brother Charles A. was a doctor and respected naturalist.

Hester and her siblings were exposed to exceptional educational opportunities in Cincinnati. Hester attended three years of college. She was a member of the Daughters of the American Revolution (DAR) through her mother's family. Growing up she remained close to her extended family members. When Hester made the decision to move to Seattle she may already have been married to her first cousin Charles M. Miller. Charles was the son of Charles A. and Matilda Overdick Miller.

Hester and Charles were married in 1894. Following family tradition Charles became a lawyer. The couple never had children and as they settled into Seattle life Hester became deeply involved with the Suffrage movement. Charles was supportive of Hester's work, which is especially evident from her correspondence with Emma Smith DeVoe. Hester worked tirelessly, and in one 1908 letter to DeVoe, Hester mentions, "Mr. Miller says, . . . it is time for me to go to bed."

DeVoe was appreciative of Hester's work and at the National American Woman Suffrage Association (NAWSA) Convention held in Buffalo, New York in October 1908, Mrs. Devoe made sure to include a report about Hester's work,

"Aside from numerous public meetings we held 175 parlor meetings under the management of Hester Miller."

Hester became a member of several suffrage groups in Seattle including NAWSA and the Washington Equal Suffrage Association. She was also the vice-president of the King County Political Equality Club. She served as the Seattle chair of the National Equal Rights Association. As the information chair of NAWSA Hester also held numerous club and parlor meetings for various civic groups. She addressed labor unions and was involved in the committee on labor and petitions.

In 1909 Hester became the chair of Church Work for NAWSA, in which she worked closely with Seattle attorney, Reah Whitehead. Their goal was to interest clergy nationwide not just in the Pacific Northwest to support suffrage.

A large part of her work was in anticipation of the National Equal Suffrage Convention being held in Seattle in July in conjunction the Alaska-Yukon-Pacific Exposition. Hester held the position of chairperson of information at the Suffrage Day during the Exposition.

Mrs. Miller was noted as active in the 1910 suffrage campaign and she must have felt proud of her work when on November 8, Washington became the fifth state "allowing" women to vote.

In the decade between state enfranchisement and the 19th Amendment in 1920, and until her death. Hester continued to work in various humanitarian causes. She worked closely with her younger sister Edith Miller Steinmetz in these causes, who, beginning in the 1930s, lived with her. Hester's husband Charles died June 16, 1928.

In 1942, one group in which Hester was a founding member was the Christian Friends for Racial Equality. Their pioneering goal in civil rights was to fight discrimination and improve race and religious relations in Seattle. She and Edith also were signers of a call to repeal the 1882 Chinese Exclusion Act before the 78th Congress in May and June 1943. The bill's purpose, among other issues, was to permit Chinese naturalization. Hester's tireless life work is a tribute to furthering the cause of civil rights.

Hester Jane Miller passed away in Seattle in 1959.

Accessed through Ancestry.com and/or National Archives and Records Administration--

Daughters of the American Revolution records