Susannah "Susie" Bird, one of eight children, was born on 17 September 1863 in Minnesota to Joseph Bird, originally from England, and Susannah J. Bellows Bird, originally from Vermont. It is not clear when Bird moved to western South Dakota, but she graduated from the Spearfish Normal School (Black Hills Teachers College) in 1891 and was soon hired to teach "in the primary department" in the Sturgis schools system. Family may have pulled her to Dakota. One of her brothers lived in Deadwood and two sisters and a brother-in-law lived on a ranch in the Belle Fourche Valley, where she too homesteaded land. Another brother and sister-in-law lived in western North Dakota. Soon after her father died, in 1899, Bird's mother moved in with her in Sturgis. Bird's activism started with commitments to Black Hills regional and statewide associations of County Superintendents, education experts, Sunday School advocates, and Congregational church leaders.

Bird entered "public life" by running for the office of county superintendent of public instruction. South Dakota women had limited school suffrage rights as early as 1879 and although they could not vote for office, women could be elected to various education-related positions. The state's 1889 constitution also allowed women to run for the statewide office of superintendent of public instruction. Bird ran first in 1896 for Meade County superintendent on a fusion ticket of "gold democrats" and republicans planning to do "anything to down the pops" or Populists. She had been interested in politics since her graduation from Normal School in 1891, when she critiqued the population for "inattention" to the needs of "farmers and labors, the lifeblood of this land," which allowed those she did not support to assume "the control of our government." In 1898, she ran for the same office on a Republican ticket. Meade County elected her as superintendent for at least two terms. By 1904, Bird taught in Belle Fourche, in neighboring Butte County, and ran for county superintendent in 1906 against a female incumbent. She ran again in 1908 and served as superintendent for at least two terms. In 1913, Belle Fourche residents elected her to the school board. In 1915, the Perkins County superintendent of schools hired Bird has her assistant.

Susie Bird emerges in the South Dakota suffrage movement soon after the reorganization of the state association into the South Dakota Universal Franchise League (SDUFL). Bird took a position leading SDUFL's Northwest district but resigned for unknown reasons in the summer of 1912. Reverend Nina Pettigrew, also of Belle Fourche, then agreed to organize the district. When family illness in early 1914 forced Pettigrew to resign, Bird again took the reins. Pettigrew lauded Bird's experience in education, her "pleasing and effective" speaking skills, and her "wide acquaintance in this suffrage district." "Always a friend of the suffrage cause," Pettigrew explained, Bird had spent the summer of 1913 "on the Pacific Coast," where she quickly noted "the beneficial effects of the ballot on the women" who had voting rights; Washington women secured suffrage in 1910, California's in 1911, and Oregon's in 1912. Bird "came home enthusiastic, and ready to do all in her power to help win" the 1914 South Dakota referendum. She helped Lemmon, the largest town in the state's far northwest, organize a suffrage branch. Bird calculated she travelled by team and wagon and automobile some 1,000 miles that summer and reportedly spoke to many majority male audiences. Although Susie Bird surely continued to support woman suffrage, 1914 seems to have been the height of her advocacy.

Bird remained on the advisory board of SDUFL in late 1915, but in 1916, as women in South Dakota worked to pass what became the fifth defeated woman suffrage referendum, she emerged as a candidate for office. Bird agreed to run for state superintendent of public instruction on a "minority ticket" organized by progressive Republican Richard O. Richards, though there was little chance of winning office or even getting to a primary vote. Richards, candidate for governor, formed his slate to challenge the state legislature's 1915 repeal of the complicated primary law he authored. The South Dakota Secretary of State refused to recognize the 1916 minority ticket, which included Bird, because the state's supreme court had validated the legislature's right to repeal. Richards, however, hoped (unsuccessfully) his ticket might attract the U.S. Supreme Court to his case. Bird may have left the state soon after or before the successful 1918 referendum on citizenship voting that enfranchised South Dakota's women.

By the 1920s, Susie Bird lived in Santa Cruz, California, with her sister; several of her sisters and two brothers eventually lived in California. She may have taught in the state for a time. Bird worked the polls in her precinct in 1924, but her primary organizational commitment in the 1930s seems to have been the Daughters of the Union Veterans of the Civil War. Susie Bird died on 2 March 1943 in Santa Cruz. 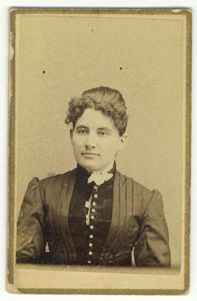