By 1893, she had moved east, and was granted a diploma in the Department of Drawing and Painting at the Museum of Fine Arts, Boston. She lived in Cambridge, Massachusetts, until 1909. By 1910 Gay was living in Los Angeles with her mother, sharing a studio at the Walker Building with artist Edith Helen Osborne Stahl (1883-1960) and producing "miniatures, landscapes, and portraits."

Gay is listed as "corresponding secretary" to that body and gives her address as the Boston headquarters of the Association. She is listed, the next year, as chairman of the legislative committee of the Massachusetts Woman Suffrage Association, and, though the amendment the committee proposed failed, the margins were close enough to spark encouragement among the delegates.

Her contributions to the suffrage movement continued, sometimes in activities more closely suited to her talents. In 1915, for example, she was responsible for the art committee on a "Suffrage Victory Parade" in Boston. Her desires for more formal study and work in the art world took precedence, however; that same year she took a position as a teacher of the history of art at Dana Hall, Wellesley, an all-girls boarding and day school founded in 1881.

Subsequently teaching at Boston's Winsor School, in 1933 she also settled into her longest permanent appointment at the Abbot Female Academy, an all-girls school in Andover, Mass. Gay would teach here until 1953, giving local public lectures in addition to her faculty responsibilities. Similar to many women active in suffragist and women's rights movements, she never married and concentrated on teaching and/or mentoring girls.#x200e#x200eGay attended the Gennadius Library dedication celebrations at the Archaeological Institute of America and American School of Classical Studies at Athens in the 1920s. In the 1930s, she traveled again to Europe, probably to study and view art works. These experiences informed her teaching and her public lectures when she returned to Massachusetts.

The Andover Townsman, of April 5, 1935, and on other dates, mentions her giving art lectures in town during this time period, mostly through the auspices of her schools. The Abbot Bulletin of April 1934 describes one such lecture, which she entitled "How to See":

"Three Saturday afternoon lantern lectures were given under this title by Miss Mary Gay, artist, and instructor in History of Art at Abbot and in Painting and History of Art at the Winsor School. The first talk was on the Greek period. In this as in them all her aim was evidently to build a foundation for appreciation by relating art to life. Using anecdotes and personal experiences, she provided associations to make the important facts more easily recalled... Having roused some of her audience to the point of an intense desire to visit Greece.... Miss Gay gave the closing minutes to a thrilling yarn of an encounter with brigands not far from Athens...."

Apparently, she gave illustrated lectures with entertaining enthusiasm! This gives us an intriguing sense of her personality.

Gay exhibited her own paintings locally, and seems to have made her reputation by painting miniatures. During her teaching years, she lived with her widowed mother, mostly in Boston and Cambridge. Still single, she died "in a nursing home" in Duxbury, Massachusetts, in late 1977.

ancestry.com and federal manuscript census data on Mary Gay researched and supplied by Thomas L. Dublin, via email, May 24, 2020.

Bulletin of the Institute, Forty-Fifth Annual Report of the Managing Committee of the American School of Classical Studies at Athens, 1925-1926#x200ehttps://www.ascsa.edu.gr/uploads/media/AR_45_1925-26.pdf, https://www.google.com/urlsa=t&rct=j&q=&esrc=s&source=web&cd=28&ved=2ahUKEwikwqe28rrnAhVnp1kKHZVDDb44ChAWMBF6BAgIEAE&url=https%3A%2F%2Fwww.ascsa.edu.gr%2Fpdf%2Fuploads%2FAR_45_1925-26.pdf&usg=AOvVaw2eCKQlWhukQfmf3YCc4wtj Accessed February 15, 2020. 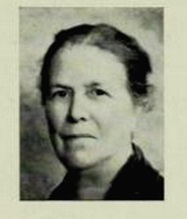 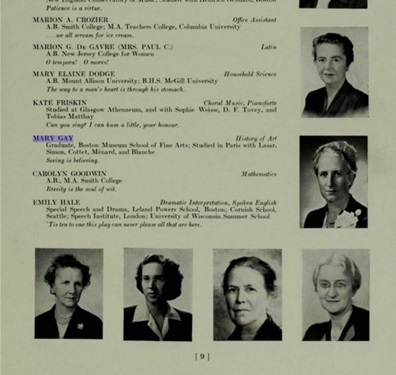 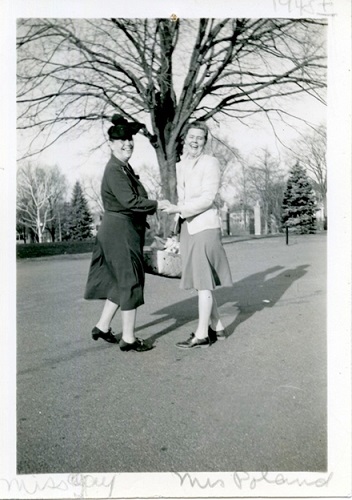