Dr. Mary Elizabeth Burroughs Roberts (Smith) Coolidge was born on October 28 1860 in Kingsbury, Indiana to Isaac Phillips Roberts, a professor at Cornell University, and Margaret Jane Marr. She obtained her bachelor's degree from Cornell University in 1880, and then her master's degree in 1882. After graduating from Cornell, she was an instructor of history and economics at Wellesley College from 1886 to 1890. On August 28, 1890, she married Albert W. Smith, a professor of mechanical engineering, and left Wellesley to follow him to his teaching jobs at Cornell and University of Wisconsin. In 1893 Albert and Mary left for California, where Albert became a professor at Stanford University. Together, Albert and Mary wrote the Stanford Alma Mater, "Hail, Stanford, Hail." Coolidge continued her studies at Stanford and earned a doctorate in Sociology in 1896, becoming one of the first women to obtain a doctorate from Stanford. That same year she became a teaching assistant in the university's sociology department, later becoming a professor. In 1896 she also published a major sociological study of women living in the charity houses of San Francisco titled Almshouse Women: A Study of Two Hundred and Twenty-Eight Women in the City and County Almshouse of San Francisco. After growing unhappy in her marriage to Albert, she divorced him in 1903. She suffered a nervous breakdown and was dismissed from her teaching post at Stanford and then was institutionalized. After recovering from her breakdown, she accepted the position of director of the South Park Settlement in San Francisco. The South Park Settlement was a settlement to aid the poor, immigrants, women, laborers, and the elderly. The South Park Settlement was destroyed in the 1906 earthquake, along with many of her notes and papers. On July 30th of that same year, she married Dane Coolidge, a writer and her former student. In 1918 Coolidge accepted a position at Mills College in Oakland where she founded the Sociology department and then served as its first chair.

Mary Roberts Coolidge had a long track record of working to secure women's rights. Immediately after she graduated from Cornell she assisted Marion Talbot, the founder of the Association of Collegiate Alumnae (now the American Association of University Women), in a survey, Health Statistics of Female College Graduates. Talbot and Coolidge wanted to disprove the notion that a college education is harmful to the health and wellbeing of women. Later, Coolidge and Clelia D. Mosher, one of her former students, pioneered the field of sex research. Together they developed a questionnaire about the sex lives of wives and mothers in order to gather scientific data about women's private lives. Coolidge also participated in this survey, detailing her relationship with her first husband Albert Smith. In 1909 she wrote Chinese Immigration, in which she defended Chinese immigrants from the labels of "primitive" and "uncivilized." A progressive text for the time, her book demonstrated the many ways that Chinese men and women were "civilized," often citing gender roles as her proof. She argued that emigration to the United States was "immediate emancipation" for Chinese women, evidenced by the unbinding of their feet.

Coolidge worked for women's suffrage in many capacities. She was an important member of the Northern California branch of the College Equal Suffrage League (CESL), which was tied to the National American Woman Suffrage Association. Along with Mrs. E. V. Spencer, Coolidge was in charge of running the suffrage campaign for the CESL in Sacramento. She had some difficulty due to a lack of funds and trained speakers. She also clashed with the Sacramento Woman's Christian Temperance Union, because that year Sacramento was also voting on whether saloons should be permitted in a newly annexed suburban residence district. The W.C.T.U felt that the liquor issue was more important than woman's suffrage, and therefore opposed some of her efforts. She gave speeches often, and organized a suffrage rally in the local high school auditorium. The city ended up voting in favor of suffrage by a very small margin of a few hundred votes. Coolidge was also the organizer of all of the 1911 Election Day suffrage work in Oakland. She ended up directing not only the workers from the CESL, but also women from the Suffrage Amendment League. She also organized some of the activities of the Colored Women's Suffrage League in Oakland on Election Day. Because of experiences campaigning for suffrage in Sacramento and Oakland, Coolidge linked class and support for women's suffrage. She claimed that most of the votes in favor of women's suffrage came from "the comfortable, hard-working American middle class." She also linked assimilation and suffrage support, noting that many of the men who favored suffrage were "much Americanized," but many of the voters who were against the enfranchisement of women were "less American, usually foreign born." Furthermore, Coolidge was a well-known speaker in suffragist circles, and spoke at rallies and gatherings for many different organizations.

Mary Roberts Coolidge was also active in politics once the vote was won in California. In 1911, the CESL founded the California Civic League. Coolidge immediately joined the board of directors. In 1912 she delivered an address on "A Woman's Part in Government" to the Woman's Civic League. That year she also served as the chairman of the committee of education for the Civic League, and by 1914 she was the vice-president of the Civic League and president of the Berkeley Center of the California Civic League. In 1913 she expressed her support for allowing noted suffragette Sylvia Pankhurst into the United States, despite the fact that she had been arrested. Coolidge was a registered Republican voter, and was active within the party. One of her most astonishing accomplishments is that she was appointed as a presidential elector in 1916--four years before women could vote nationally. She was the only female elector in 1916. Coolidge was elected president of the California Civic League in 1915, and she remained the president until 1917. During this time period, she wrote many articles and reports about women's suffrage in California. One of the most notable was her 1916 pamphlet entitled What the Women of California Have Done With the Ballot, which describes the political activities of women in California in the five years since California voted for equal suffrage. In the pamphlet she notes that though women had been actively voting, they were not as interested in running for political office. Coolidge stated that out of 700 candidates running for public office in 1914 only 20 were women, and 14 of those women were running on the inconsequential Socialist or Progressive tickets. She also wrote an article, "Raising the Level of Suffrage in California, Or What Have They Done With It?" for the magazine Out West's 1916 feature on the upcoming vote for suffrage in Nevada. Her article was included among a series of articles from important suffragists such as Carrie Chapman Catt, Anna Howard Shaw, Charlotte Perkins Gilman, Gail Laughlin, and Inez Haynes Irwin. In 1917, she was appointed to the Relief Committee of the State Council of Defense. Additionally, she was a chairman of the Alameda County League of Women Voters, and ran many meetings organized by the League.

In the mid-1920s, she was also a member of the Birth Control League of Alameda County, and was chairman of many lecture series concerning the benefits of birth control. In 1925 she argued for a pardon from the governor for Charlotte Anita Whitney, former president of the College Equal Suffrage League and Vice-President of the National American Woman Suffrage league, who had been convicted on charges of criminal syndicalism due to her communist tendencies. Continuing her political career, she was appointed to the California State Board of Education in April 1928.

Coolidge wrote many books in her lifetime. Her most well-known book besides Chinese Immigration was Why Are Women So? (1912). This book was arguably one of the very first texts to be published in the field that would later be known as women's history. In this text, Coolidge examines the historical context that led to the construction of gender roles. This book pioneered the idea of the social construction of gender, and emphasized that a woman's roles should not be defined by her gender. Coolidge did not author another full book until 1929 when she wrote The Rainmaker: Indians of Arizona and New Mexico. She then co-authored The Navajo Indians and The Last of the Seris with her husband Dane Coolidge in 1930 and 1939 respectively. Coolidge was an active member of the Indian Defense Association of Central and Northern California. Mary Roberts Coolidge's husband passed away in 1940. There is no record of any significant activities by Coolidge after 1940. Coolidge died on April 13 1945 at the age of 85 in Palo Alto, California; she is buried at the Alta Mesa Memorial Park in Palo Alto.

Limerick, Patricia Nelson. Something in the Soil: Legacies and Reckonings in the New West. W. W. Norton, 2000. Google Books, books.google.com/books?id=JAh_LfqgU8AC.

"Why Women Are So (Classics in Women's Studies)." Abe Books, www.abebooks.com/Why-Women-Classics-Womens-Studies-Coolidge/14097446355/bd. 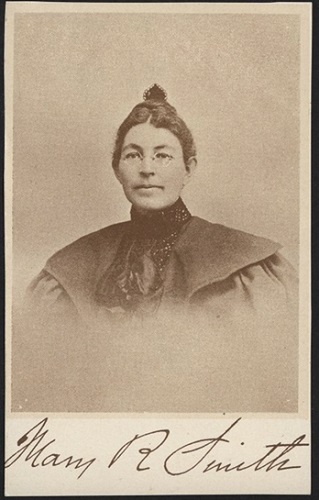