Luisa Capetillo, a fiery labor organizer, writer, and orator in Puerto Rico, advocated liberation for workers and women. Luisa was born on October 28, 1879 in Arecibo, Puerto Rico, to a French laundress and a Spanish laborer. Their families had moved to the island following revolutionary upheavals in Europe, and Luisa imbibed their radical views.

Luisa was raised mainly by her mother, Margarita Peron. So, too, were Luisa's three children--born to two affluent men who refused to marry her although the first legally recognized his two children and helped them financially. Through these experiences, Capetillo honed her critiques of traditional marriage and class exploitation. In 1902, she left her children with her mother to organize for La Federacíon Libre de Trabajadores (FLT-Workers Free Federation), an anarcho-syndicalist organization that envisioned mass trade unions as the foundation of civic and political life. FLT leaders accepted U.S. intervention in Puerto Rico after the War of 1898 to break the Spanish and Catholic hold on political and economic power while forging networks with anarcho-syndicalists across the Caribbean.

Capetillo wrote for the FLT newspaper, Unión Obrera, and read to workers as a lector in Arecibo cigar factories. In 1907, she published a collection of her writings, Ensayos Libertarios. She was the best-known member of a circle of anarcho-syndicalist women who supported labor issues, progressive education and women's rights. Puerto Rico's affluent suffragists focused on enfranchising "educated" women, while working-class women, such as Capetillo, sought universal suffrage for women and men. In 1908, Luisa convinced FLT members to endorse universal suffrage at their annual convention.

While organizing in tobacco factories and cane fields, Capetillo launched La Mujer in 1909 to speak to working-class women and published a second collection of essays the following year. In both, she emphasized cooperative relations in families, workplaces and societies and advocated free love, health reform, and suffrage. By then, Capetillo had replaced long skirts with pants, increasing her mobility and visibility. In 1911, she published her third book, Mi Opinion, sobre Las Libertad, Derechos y Deberes de la Mujer (My Opinion, on The Freedom, Rights and Duties of Women). While echoing other anarchist women on many issues, she broke with them on women's suffrage. Most, like Emma Goldman, saw it as a bourgeois effort to strengthen militaristic and capitalist states. Capetillo argued that voting provided a critical weapon for workers.

In 1912, Capetillo visited vibrant immigrant enclaves in the United States. In New York City, Puerto Rican activist Bernardo Vega described her as "the first woman suffragist in the Antilles" (106). In 1913, she moved to Ybor City, Florida, where she lived for three years. Capetillo worked as a lector, published a second edition of Mi Opinión, and lectured to large audiences on anarcho-syndicalism, free love, and women's suffrage. She returned to Puerto Rico in 1916 but periodically continued to travel the Caribbean-U.S. circuit. Capetillo continued to campaign for suffrage until her death, but she was increasingly debilitated by tuberculosis and died on October 10, 1922. The FLT dedicated that year's May Day celebration to "the strongest woman combatant" in the struggle for workers and the disenfranchised. 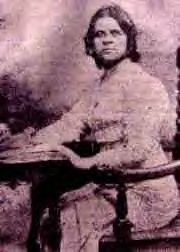