Louise Southgate was born on February 20, 1857 in Walton, Kentucky to Dr. Bernard and Eleanor Fleming Southgate. In 1871 both of Southgate's parents contracted cholera and died, leaving her an orphan at the age of 13. Following their deaths Southgate was taken in by her aunt, Nancy Kennedy. Southgate never married or had children. She attended Western College in Oxford, Ohio for her undergraduate degree. After finishing her undergraduate education she set her sights on becoming a doctor. Few medical schools in the area accepted female students at the time. Nevertheless, Southgate was able to enroll at Laura Memorial College in Cincinnati, Ohio (later part of the University of Cincinnati) and became one of the few women doctors in the area.

After receiving her M.D. in 1893, Southgate spent two years studying at hospitals in New York City and Europe, including the Pasteur Institute in Paris. She drew on these experiences often during her career in Kentucky. When she returned home to Covington, Southgate practiced at the Presbyterian Hospital of Cincinnati and taught surgical pathology at Laura Memorial College. For the majority of her career, however, Southgate focused on general medicine and practiced from the family home she purchased with her younger sister, Virginia, in 1910 at 124 Garrard Street in Covington. 124 Garrard Street, known as the Kennedy Homestead, was built by Southgate's great grandfather, Thomas Kennedy. Kennedy had been among the first settlers on the banks of the Ohio River opposite Cincinnati and the Kennedy family operated the ferry that ran between Cincinnati and Kentucky.

Like her great grandfather, Southgate worked on both sides of the river. She was heavily involved in both the northern Kentucky and Cincinnati communities. She was especially passionate about causes related to medicine and public health. As a part of the Cincinnati Woman's Club Southgate created and chaired the Health Protection Department. The department sought to disseminate information about public health and take action against the spread of disease. To this end, she often read medical papers, gave lectures on health issues, and spoke on disease control and prevention to women's groups in the area. Southgate argued for the enforcement of sanitary laws and advocated mandatory health inspections in Covington Schools. Southgate maintained membership in several health specific organizations including the Woman's Board of the Booth Memorial Hospital, The Woman Physician's Club of Cincinnati, and the Cincinnati Medical Women's Club. She held multiple leadership positions in the Emergency Association of Covington, an organization that raised awareness of and took action against emergent public health crises. As part of the Woman's Civic League of Cincinnati she advanced many public health causes as well. She persuaded the Cincinnati police to require the owner of a vacant lot next to a school to clean it up and prevent garbage dumping on the property. Southgate also drew attention to the danger posed by public expectoration and convinced the police to enforce anti-expectoration laws in order to prevent the spread of Tuberculosis.

Southgate was a part of many other community service projects as well. In 1905 she spent a summer in a rural part of Knott County, Kentucky teaching classes and practicing medicine at the Hindman Settlement School. Back at home she worked with other members of the Civic League to create the first public playground in Cincinnati in order to give children living in the nearby tenements a place to play. The playground was popular, and the group went on to establish four more playgrounds in crowded districts of the city. Southgate even had an interest in Egypt and collected Egyptian artifacts. She served as the secretary of the Covington Culture Club and assisted in planning a Culture Parade that showcased many of these artifacts.

Southgate was an early advocate of women's hygiene education, birth control, and the reproductive health movement. She believed that these issues were crucial to the advancement of women's rights and often spoke about them at mothers' meetings and women's organizations. This educational work led naturally into suffrage work and she became a recognized suffrage leader on both sides of the river. Southgate was active in the Ohio Equal Franchise Association. During Ohio's 1912 state suffrage campaign, Southgate directed Hamilton County's effort and oversaw its Central Suffrage Headquarters. She joined the Kentucky Equal Rights Association in 1891 and the Covington Equal Rights Association often met in her home. She was also involved in national suffrage efforts. She was appointed a Kentucky delegate to the NAWSA convention in 1914.

Southgate attended the 1909 KERA Convention in Louisville where she was appointed to the Press Work Committee. At the 1910 convention in Covington she gave a speech emphasizing the sisterhood of women in all countries and proposed that KERA should "extend greetings" to the Kentucky State Federations of Colored Women's Clubs. While nothing came of the proposal, it was an extraordinarily progressive suggestion at the time. The majority of white Kentucky suffragists were opposed to integrating the suffrage movement, so even the mild language of the speech was likely controversial. During the same convention Southgate pushed for a resolution requesting the State Board of Charitable Institutions appoint a woman physician at the state asylum for the insane at Hopkinsville. She encouraged each local chapter to lobby for a juvenile court in their county and was elected State Historian. During her time with KERA she also served as Press Superintendent and Superintendent of the Department of Hygiene and Physical Culture. Her interest in women's voting continued past the passage of the 19th Amendment with the Women's Democratic Club and in 1930 she unveiled a memorial tablet, honoring pioneer suffragists at the Cincinnati Courthouse.

"Dr. Louise" retired from active medical practice in 1929, spending some of her time in Florida. She died on August 14, 1941 in Walton, Kentucky after a long illness at the age of 84. She is buried in Linden Grove Cemetery in Covington near her sister. She has received several posthumous honors, including a Kentucky Women Remembered entry by the Kentucky Commission on Women in 2000. The Women's Center of the St. Luke Hospitals in Southgate, Kentucky was named in her honor in 1990.

"'Dr. Louise' Broke Down Barriers for Women" from Pieces of the Past-Volume II by Jim Reis, http://www.usgenwebsites.org/KYCampbell/louisesouthgate.htm, accessed February 26, 2020 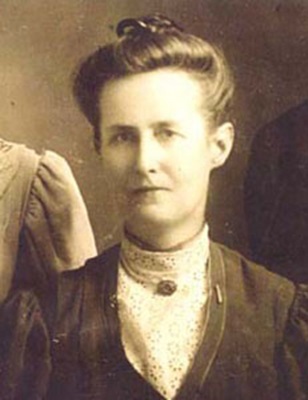