Rosalie Enos Lyons Keli'inoi became the first woman elected to the Territorial House of Representatives in Hawaii and served as an advocate for women's rights.

She was born in Wailuku, Maui, in 1875. Her father, Augustine Enos, was part of a wave of Portuguese immigration from the Azores to Hawaii and became a successful rancher and merchant. Her mother, Kininia Makaokatani, was a Native Hawaiian from Koloa, Kauai. Rosalie was raised in Portuguese Catholic tradition, attending St. Anthony School for Girls in Wailuku and later the Sacred Hearts Convent school on Oahu. She also maintained Hawaiian culture and spoke both Hawaiian language and English.

At age 18, Rosalie married Thomas Benjamin Lyons, the son of a Native Hawaiian mother and white American father, from Hana, Maui. Their first son was born in Hana. Then, the couple moved to Wailuku, where Rosalie bore six sons and two daughters. Thomas Lyons participated in local politics, running unsuccessfully as a Democrat for the Territorial Legislature, then becoming postmaster in Wailuku. The couple divorced in January of 1916.

One month later, Rosalie married Samuel Keli'inoi at the Congregational Church in Ewa. They moved to Kapa'a, Kauai in 1917. Samuel served in the Territorial House as a Republican in 1903-04 and 1911. On Kauai, he clerked for Territorial Senator Charles Atwood Rice. While Rosalie moved in political circles with her two husbands, she could not participate herself until the United States ratified the Nineteenth Amendment in 1920 and the Hawaii Organic Act was amended in 1922 to allow women's election to public office. Rosalie Keli'inoi entered the political arena in 1924 as a Republican candidate for Kauai's sixth district. She was the first woman elected as a representative to the Territorial Legislature. Thus, she reclaimed what historically had been a place of equality in politics for Hawaiian women.

Representative Keli'inoi advocated for women's and children's rights. In support of the League of Women Voters, she wrote to the Kauai paper, "while men are thinking of taxation, roads, waterworks. . . women are thinking of . . . the under-nourished and under-fed children, and everything else pertaining to the home and the future of the children. More power to you, my sisters. I will be with you in this fight." She proposed sixteen bills and was instrumental in passing four. Her most important victory was Act 274 to provide married women the right to own, control, or sell property that they had owned prior to marriage - without consent of their husbands. She pressed for Act 68 awarding Kauai teacher Adelaide Baggott back pay, filling the gap between her salary and what she should have received. Act 31 secured funds for pregnant women's welfare, specifically including support for women who became pregnant due to rape or domestic sexual violence, as well as funding for infant health. Keli'inoi took personal interest is such legislation after her mother had died in childbirth and she lost her two daughters at young ages. Her fourth law was Act 51 to have the Territorial government purchase and restore Hulihee Palace, the historic former vacation home of Hawaii's Queen Emma Kaleleonalani in Kailua, Kona. The legislature then allowed the Daughters of Hawaii to run it as a museum.

Kali'inoi exemplified both Hawaiian and Portuguese women who increasingly took on public roles in Hawaii. She represented both cultures by wearing a black holoku (Hawaiian dress) and a Portuguese comb in her hair. Kali'inoi served one term in the Territorial Legislature, the only woman at that time. Others followed her into politics, including Elise Wilcox (R-Kauai), the first woman elected to the Territorial Senate, and Patsy Mink (D-Maui), who served in the Territorial House and Senate, then became the first Asian American woman elected to the United States House of Representatives in 1964.

Rosalie Kali'inoi died of heart failure in 1952 at the age of 77 and is buried at St. Anthony Catholic cemetery in Wailuku, Maui, with her father and daughters. 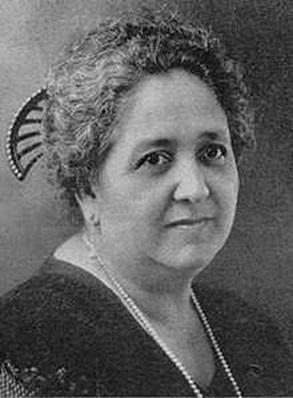 (Image from Find a Grave Memorial)