Luella Wilcox was born on June 25, 1865 in Virden, IL to Seymour Wilcox and Julia McLynn Wilcox. She married Franklin P. St. Clair in 1886. They had one daughter, Annilee, who passed away in 1900 at the age of 11. In 1893 Franklin became president of Christian College (now Columbia College) and they moved to Columbia. Only three months after taking over as president, Franklin passed away unexpectedly. Luella then married Warren Woodson Moss in 1911. Luella and Warren had no children together. Warren Moss passed away before his wife, making her a widow for a second time. Mrs. Luella St. Clair Moss died in Columbia, Missouri on August 18, 1947 at the age of 82.

In a precedent-breaking move, the board of Christian College appointed Luella to fill Franklin's spot as president after his death. Luella served Columbia College for over 30 years and under her leadership guided the college through an extraordinary expansion. This appointment of a woman as the president of a university was particularly ahead of its time, and a foreshadowing to her later work in the field of women's rights. In her first year as president, she organized a branch of the YWCA and retired outdated sexist terminology.

Her first recorded suffrage activity came in 1913 when she joined in sponsoring a petition to the state legislature to bring the question of woman suffrage before Missouri voters. She continued involved after the passage of the 19th Amendment and served as president of the state League of Women Voters in 1925-1927.

Although she had always been passionate about women's rights, her direct involvement in the movement blossomed in 1929 when she was elected to serve as the President of the Missouri Federation of Women's Clubs. As President of the Missouri Federation of Women's Clubs, Luella traveled throughout Missouri for speaking engagements and meetings. Although she was no longer President of Christian College, education was still very important to Luella and she spoke and wrote often on educational inequalities. The Columbia Missourian quoted her discussing educational inequalities in "Some Legislative Measures in Which Women Are Interested" and another noted "Mrs. Luella St. Clair Moss will address ... on 'Some Prominent Women Educators.'"

A 1981 Columbia Missourian article sheds more light on the life's work of Luella St. Clair Moss. This article reveals that she was the first woman in Missouri to run for a national office in 1922, the first woman to serve on the Columbia Board of Education, and that she served as president of the Missouri League of Women Voters. She is remembered as "a woman who broke down barriers" and for her deep belief that "a woman's chief glory, next to cultivating her heart and mind, lies in society and its functions." 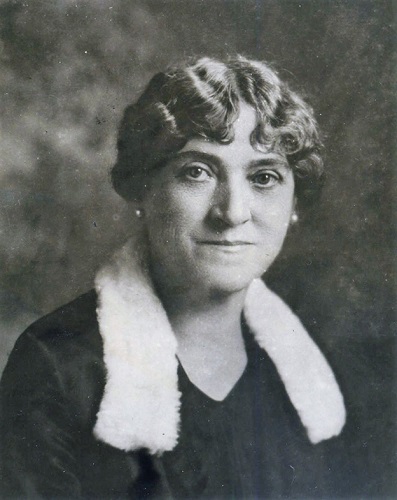