Britomartis (Marta) Scott was born in Indiana in 1875 to George W. Scott and Martha L. Altherton. She grew up in Alexandria, Indiana, a place where she recalled, "the sands of the prairie meet the woodland clay." In her late teens Marta studied elocution at the Central Normal College in Danville, Indiana. She then taught in the public-school system of Carlisle, Indiana. Marta married Lyman E. Mobley on June 15, 1892. At some point the marriage dissolved and both later remarried.

Marta married Edmund S. Conser on April 9, 1899 in Marion, Indiana and shortly thereafter moved to Memphis, Tennessee. Edmund worked as a boiler engineer and inspector. He was a member of the International Union of Steam and Operating Engineers and served as president of Memphis's local chapter. After retiring from engineering, Edmund studied pharmacy and ran a stationery shop. Together Marta and Edmund raised Edmund Cole Conser who was born in September 1894. In his adult years, Marta's son worked for Memphis as a city elevator inspector.

In Memphis Marta gained a reputation as a leading suffrage activist, especially acclaimed for her public speaking abilities. With the support of members of suffrage clubs across the nation, Conser won a victory for the women's rights movement when she became one of the first matriculants at the Memphis University Law Department in 1909. Later, she joined other legally educated suffragists in channeling their education towards changing suffrage laws. For example, in 1913 as part of the Woman Suffrage Procession in Washington, D.C she stood on the "Liberty Bell" float representing states working for equal suffrage along with other women lawyers including Ellen Spencer Mussey and Inez Milholland. Conser also put her legal and oratorical skills to work writing and giving speeches as an active member or officer in the Memphis Suffrage Club, the Political Equality League, and the Shelby County Suffrage Club.

Marta Conser had a vibrant and diverse professional life. In addition to her suffrage work, she was a high earning real estate broker, prolific writer, and teacher on the Chautauqua circuit. A 1916 periodical highlighting Tennessee's working women noted that Conser cleared $1,500 in real estate transactions in one day, which is equivalent to about $36,000 in 2020. In 1914, her alma mater, Central Normal College, described Marta as "the foremost woman writer and speaker in Memphis." Conser contributed poems, musical compositions, essays, and short stories to a variety of periodicals. She was also a member of professional clubs like the Beethoven club and the Memphis Press and Authors club. Her reputation as a writer extended beyond Memphis. For example, Marta's published poems and articles promoting the planting and preservation of trees gained nationwide attention. Her successful effort to plant pecan trees around Memphis perhaps most effectively shows the dexterity with which she combined her many skills towards a given cause. In one beautifully written article, she draws on her knowledge of real estate to argue that pecan trees would increase land value, from her experience as a teacher to argue that collecting and selling pecan nuts would teach children about entrepreneurship and health, and her experiences in civic engagement to argue that memorial trees should be planted to honor worthy citizens. In a culminating spectacle, Conser wrote four songs which were sung by 1,500 children as they encircled a pecan tree planted in honor of Judge Walter Malone.

Marta Conser died at the age of 76 on November 24, 1957. She is buried at the Forest Hill Cemetery Midtown in Memphis, Tennessee.

A photograph of Marta can be found in: 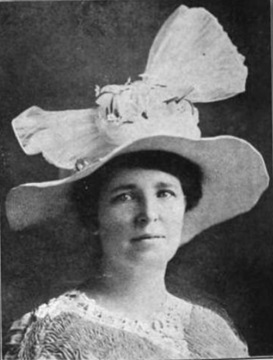 "Suffrage Work in the States: A Compilation of Recent Events in the Movement for< Women's Enfranchisement Throughout the Union." The Woman's Journal 46, no. 32 (August 7, 1915).