Bertha Webb Fowler was a National Woman's Party (NWP) activist and champion for both the suffrage and equal rights movements. She was born in Basingstoke, England on April 7, 1862 and immigrated to the United States in 1902. At the age of 42, she married George Anderson Fowler and moved to Colorado Springs, Colorado with his three adult children. Census records suggest that the couple had no children together. Not much is known about her life in England but her activism in America is well documented.

Fowler was already entrenched in the women's movement by 1914, serving as Colorado chair of the Women's Political Union, when she committed her organization to join a new national suffrage organization led by Alice Paul. Fowler wrote to the headquarters of the Congressional Union (CU) to express her gratitude for the arrival of CU organizers targeting women voters in the western states that November: "It is making them [women in the state] realize the value of their vote as they have never done before. It is precisely the moment to inculcate the pressing need for women to stand solidly together. The Congressional Union is assuredly on the right track and its policy a masterly one. This controversial strategy was an attempt to use women in states where they already voted to pressure the Democratically-controlled Congress to pass a constitutional amendment for woman suffrage. Colorado Senator Charles Thomas, a Democrat supportive of suffrage, was furious to be targeted this way. However, within Colorado, all political parties declared support for the federal suffrage amendment for the first time in the state's history.

She continued to represent Colorado at CU conventions in Washington, D.C., California, and more, reporting and speaking about the state's efforts to support the western front, as well as organizing key CU campaign meetings in Denver and Colorado Springs. In 1918, Fowler's letter to her senator is printed in the St. Joseph Observer with the headline, "Senator Thomas of Colorado Squelches a Rude Suffragist Who Assailed Him." Fowler's letter concluded: "We submit that the refusal to enfranchise women in this crisis of our nation's life constitutes a disavowal of our national ideas, proclaims to the world our treachery to the avowed purposes for which we fight, and brands the obstructionists as unworthy of their high office." The senator's response is likewise printed: "Dear Madam: You don't say so? Yours very truly, C. S. Thomas."

After the 19th Amendment passed in 1920, Fowler moved on to push for passage of the Equal Rights Amendment (ERA) as an NWP officer, delegate, and chair of the Colorado branch. She was in charge of the 1927 convention in Colorado, where her state committee introduced the ERA resolution and worked vigorously for its adoption. She helped organize the landmark 1929 convention in D.C. and was again nominated to the National Council at the 1933 convention in Delaware, where a new push to fight for passage of the ERA was announced "as the logical and permanent way of ensuring equal opportunity" for women in all walks of life.

When her husband died in 1928 on a family trip to England, he left her his entire estate of $500,000 "for use during her lifetime." Fowler used the inheritance to continue her crusade for constitutional equality throughout the remainder of her life. She died at the age of 79 on May 6, 1941.

Fowler's leadership is referenced in the archives of The Suffragist (The Gerritsen Collection of Aletta H. Jacobs). Her comment about the CU organizers is reported in the Caldwell Tribune and her letter to her senator was printed in The St. Joseph Observer. Reports of her suffrage leadership and activism are reported in the following newspapers: Fort Wayne News, New Castle News, Oakland Tribune, The News Journal, The Washington Herald, The Washington Post, and the Wisconsin State Journal. Reports of her ERA leadership and activism are reported in the following newspapers: Albuquerque Journal, Greeley Daily Tribune, Pensacola News Journal, Syracuse Herald, and The Evening Journal.

NWP records note two items of correspondence between Fowler and others in the Colorado NWP. 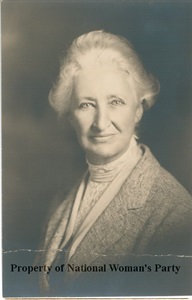 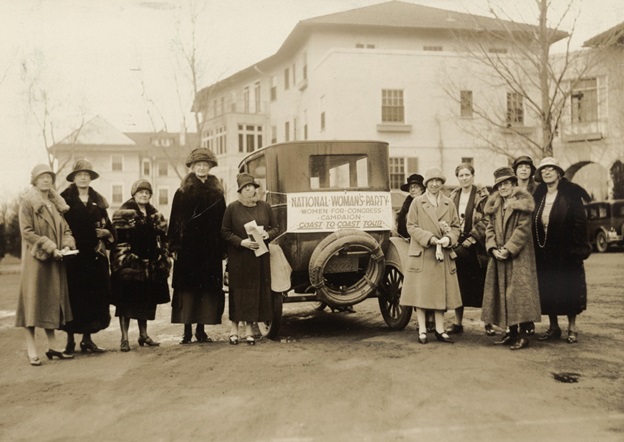