Ellen M. Haas, who also went by Ella, was born in December 1861 in Dayton, Montgomery County, Ohio, to Henry and Christina Fischbach Haas, both Prussian immigrants. Ellen Haas was their fourth child. At the time of her birth, her father worked in a clothing store, and her mother kept house. Sometime before her thirteenth birthday, her father became disabled.

At the age of thirteen, Haas, alongside her siblings, began working for a living to support the family, as their father no longer could. Haas started working in a candy shop making $1.50 per week. She knew her large family needed a larger contribution, so she tried tailoring, which did not suit her liking, according to a newspaper bio on her later in life. Haas also tried being a clerk where she worked every day from seven a.m. to nine p.m. On Saturdays, she would sometimes have to work till ten or eleven at night. For working eighty-six hours a week, Haas only made two dollars.

By the time she was eighteen, Haas had seen the injustice in the treatment of workers, specifically women and children. According to an article in the Mt. Vernon (OH) Democratic Banner, "if [Haas] ever had a chance to help with any kind of legislative act regulating the hours of wage-earners, particularly women, she would lend a hand." After several other jobs, Haas eventually worked at the National Cash Register Company in Dayton. She worked for the company for twenty years, working her way into the role of factory inspector. Haas believed women had inherent skills to be factory inspectors because of their motherly instincts; their "motherly hearts" would benefit the world if women had equal rights with men, both making laws and enforcing them.

Ella Haas spoke out against the working conditions of both women and children. In 1915, Haas was a speaker at the Ohio Woman Suffrage Association (OWSA) annual convention in Cleveland, Ohio. The women of Cleveland and members of the OWSA greatly appreciated her speech—so much so that a woman paid for Haas's lifetime membership to the OWSA. Not long after her presentation at the OWSA convention, the National Cash Register Company removed Haas from her position at their company. Members of the OWSA were outraged. The news of Haas's removal was so profound that many Dayton newspapers reported on the matter.

In 1916, the OWSA approached Haas wanting her to become a representative and a paid lecturer. The OWSA declared Haas an "authority on the subject of the working girl and has expert knowledge of her condition." For the next four years, Haas spoke and gave lectures for the OWSA. She spent much of her time working for the organizational committee.

Haas's first duty as a speaker for the OWSA was to go from city to city across the state of Ohio, speaking to people about the importance of suffrage for women. The goal of these city lectures was to encourage suffrage organizations in every Ohio city, town, and village—any place with more than fifty citizens. Anywhere Haas spoke, the citizens highly praised her and her lectures. Most cities where she spoke created and elected a board for a suffrage organization during Haas's presentation. In many instances, cities wished for Haas to come back and speak again. The OWSA published in their bi-monthly Bulletin that all requests for lectures by Haas needed to go through their headquarters. For five years, Haas spoke across Ohio and the United States in support of women's suffrage.

After the ratification of the Nineteenth Amendment, Haas continued to fight for the rights of children and child labor restrictions. By 1930, Haas was sixty-eight years old and was no longer listed as having an occupation. She was living with several of her family members. She died on April 27, 1950. Her death made Dayton newspaper headlines. She was buried in Woodland Cemetery and Arboretum in Dayton.

Haas played a significant role in women's suffrage, especially in Ohio. She knew the turmoil of the working woman. She knew that women needed the vote for changes to occur. Haas's past experience as a child laborer gave her the drive and knowledge to see what changes needed to happen in the work environment. This experience, along with inspecting factories, gave her credibility for the cause. Ella M. Haas was an essential figure in Ohio women's suffrage. 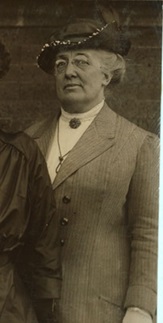 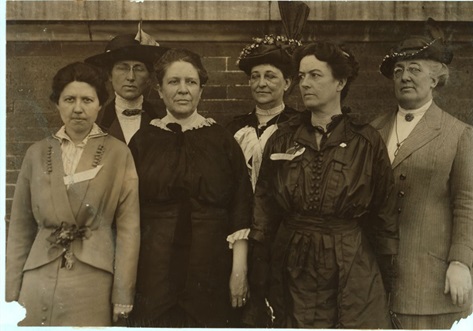 "Future Policies of Suffragists to be Determined at State Convention in This City Which Will Be Attended by Many Well Known Women," Dayton Daily News, October 21, 1917, 2. Newspapers.com.