Adah Bertha Coover, a local suffragist, philanthropist, activist, agriculturist, and artist, was born on November 13, 1860, just west of London, Ohio, to Allison Jerome and Harriet Porter Coover. Her family raised her with the belief in equality between men and women. The Coover family was fond of Unitarian beliefs of love and acceptance, and Bertha Coover attended the Unitarian Universalist church most Sunday mornings. The Coover family was wealthy. They travelled often both in the United States and Europe, which helped to shape Bertha Coover's worldview. Her parents were also staunch activists for the temperance movement. Bertha Coover never married, which was no surprise due to her independent nature. She prioritized helping her ailing mother when she graduated high school instead of attending an institution of higher education, but she continued to work for causes for which she was passionate.

Bertha Coover attended public schools, and education was one of the family's top priorities. The school board granted her a common school teaching certificate at age thirteen and a half, and she graduated with first honors in her high school. Beginning in 1895, women were permitted to vote and run in school board elections in Ohio. Coover was elected to the London School Board for one term, from 1895-98. She was one of many women successfully serving in public office on school boards across the state during the opening year.

In addition to serving on the school board, Bertha Coover supported Ohio's woman suffrage campaign alongside her sister, Esta Coover Harvey. Bertha Coover was a life member of the Woman's Elective Franchise Union, fulfilling roles as president, secretary, and treasurer during her tenure with the organization. She was also the state corresponding secretary for the Ohio Woman Suffrage Association, speaking on resolutions for the state constitution convention. In a personal statement about why she chose to involve herself in politics, she stated, "In the belief of equal political rights for men and women in which I was brought up, I found my deepest sympathy." Her dedication to the suffrage movement was seen by her numerous mentions in many of the Ohio Woman Suffrage Association's annual convention agendas, for proposals on resolutions or serving on the executive committee. She continued to work tirelessly for woman suffrage, even though a poll completed by London residents showed the majority disapproved of woman suffrage. In 1904, the Universalist church in London hosted the Ohio Woman Suffrage Association state convention, and in 1911, Coover presented the Ohio report to the National American

Bertha Coover was known for her positivity, unwavering compassion, friendly demeanor, and generosity in her community. Besides suffrage and local politics, she involved herself in many organizations, including the Farmers Institute, the Good Templars, the Woman's Christian Temperance Union, the Ohio Society of Daughters of 1812, the Daughters of the American Revolution, the Farmers Club, the Health and Welfare League, Daughters of Rebekah, and several other literary and social clubs.

Bertha Coover died on February 5, 1915, leaving an incredible legacy in London. Upon her passing, she bequeathed $1,000 for suffrage work in the state of Ohio and $100 to the Women's Elective Franchise Union. In addition to these donations, she left property for a county hospital or women's home. She also bequeathed $7,000 to the London Federation of Women's Clubs to purchase or erect a clubhouse, which is still in use today. Finally, she donated her late grandfather's farm for experimental purposes to advance agriculture in Madison County. Bertha Coover's familial roots in activism, love, and a community of care allowed her to become the activist she intended while leaving behind a legacy that will always be remembered. 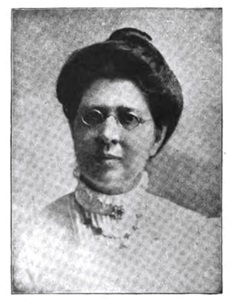