Stella attended the Ursuline Convent, in New Orleans, Louisiana, a private Roman Catholic boarding school for girls and ladies from early childhood through high school. Convinced the education of women was essential to the development of a civilized, spiritual and just society, the Sisters of the Order of Saint Ursula, in New Orleans, founded the Ursuline Academy in 1727. It is the oldest continuously operating school for girls and the oldest Catholic school in the United States. It included the first convent, the first free school, and the first retreat center for ladies; it also offered the first classes for female African-American slaves, free women of color, and Native Americans. Stella exhibited two paintings created during her time at the Ursuline Convent in the Art Gallery of the 1874 Industrial Exposition in Memphis when she was 17 years old.

Stella married French-born confectioner Cyrille Walter (1845-1878) on August 12, 1875. Cyrille immigrated to the United States from Germany in 1870. The couple had their only child, a daughter in July 1878, Catherine Cyrille Walter (1878-1962). The family lived at the Specht home in Memphis. Employed at different times as clerk, bookkeeper and confectioner at the Specht Confectionary owned by Stella's father Joseph, Cyrille went on to become Joseph's business partner and co-owner of Specht & Walter's various enterprises. Both Stella and Cyrille fell victim to yellow fever in the summer of 1878, Cyrille succumbed to the illness in August 1878. Stella survived yellow fever and replaced Cyrille in the position of business partner and co-owner of Specht & Walter until her remarriage in 1884.

Stella married steamboat captain Mason Matthew Deem (1831-1892) on May 27, 1884 at the Specht home. The bridal party traveled to Cincinnati on the steamboat Ohio, captained by the groom. After the wedding, Stella and Catherine moved with Capt. Deem to his residence in Home City, Ohio. The couple added to the family with the birth of a son, Joseph M. Deem (1888-1940). After the Captain's death, Stella, Catherine, and Joseph returned to Memphis and moved back into the Specht family home.

Stella was a member of the Nineteenth Century Club in Memphis and in 1901 was serving as treasurer at a momentous occasion in the club's history, the purchase of a club home. The Nineteenth Century Club, founded in 1890, federated in 1891 and incorporated in 1892, soon became the largest and most influential women's club in Memphis and a leader in providing opportunities for women and developing support systems for families within the Memphis community. The club, recognized as a responsible force in civic reform, focused primarily on the needs of women and children and addressed problems in areas such as sanitation, health, education, employment, and labor conditions. The club started as a literary club whose initial objectives were "to promote the female intellect by encouraging a spirit of research in literary fields and provide an intellectual center for the women of Memphis." By the end of the decade, focus shifted toward civic reform and a program of municipal housekeeping, defined as "The advancement of women in the eternal scheme of things, means the advancement of the race." The club initiated a municipal "clean government" campaign and adopted the motto of "Influence is Responsibility."

In December 1906, during a meeting to address the reorganization of the State Equal Suffrage Association, the association elected Stella chairman of the Committee on Industrial Problems affecting Women and Children. The committee worked to identify discrimination against women in business, education, and in municipalities, including instances of unfairness against women on civil service lists. Other areas of action included the promotion of and support for the conduct of investigations into the education of children, immigration, criminology, and industrial conditions, as well as, analyzing industrial problems especially those affecting women and children. The committee hoped to influence public opinion and garner support for bringing changes to laws relating to the rights of property and in the civil and industrial laws pertaining to women and children. 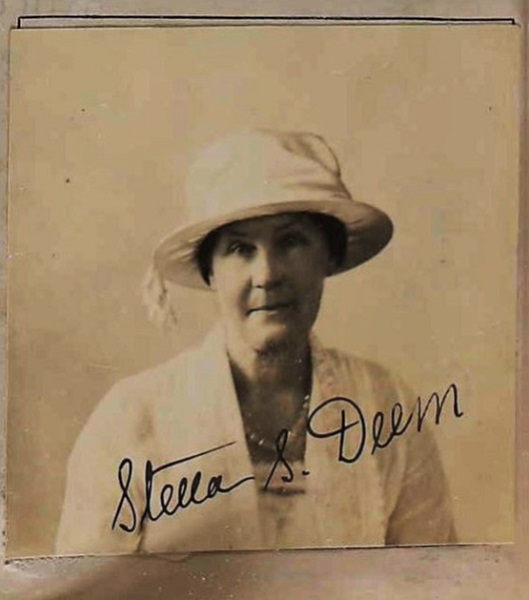