Mary Graham Rice was born on December 31, 1866, in Wilmington, Delaware, to John V. and Sarah Lowe Rice. She never married nor had children. Around 1900, Mary Rice lived in Chester, Pennsylvania, where she taught at a private school. At some point, she moved to Philadelphia. During 1906 and 1907, she published several poems in the literary magazine, The Conservator, which was based out of Philadelphia and edited by Horace Traubel. Rice also spent time in Norwalk, Ohio, and throughout Kansas organizing for woman suffrage.

According to an article in the Topeka Daily Capital, Mary Graham Rice was introduced to and took up the woman suffrage cause in 1912 while on a visit with her sister in Norwalk, Ohio. During the 1912 election cycle, national woman suffrage leaders identified Kansas as one of the states where the passage of women suffrage seemed plausible: the state's suffrage amendment was up for ratification by the voters. Mary Rice spent October of that year in Kansas helping organize and raise money in support of the Kansas suffrage amendment. Newspapers throughout the state noted her numerous speaking engagements. Rice was one of many transplants in Kansas, who helped pass woman suffrage in that state.

After victory in Kansas, Mary Graham Rice returned to Norwalk, Ohio, where she focused her attention on the Ohio suffrage efforts. Suffrage women in Ohio had decided to reignite their own state efforts. By January 1913, Rice headed the state's finance committee, a position she held at least through 1915. According to the Ohio Woman Suffrage Association report at the National American Woman Suffrage Association convention in 1913, Mary Graham Rice had raised $2,000 in pledges of the $3,000 total brought in that year. In 1914, Rice helped negotiate the county-by-county campaign in Ohio, and in 1915, she continued to head the finance committee as the organization shifted to a congressional district effort. Rice's frustrations, however, began to show in November 1915. The Cincinnati Enquirer quoted her: "Unless we can raise money, we don't deserve to win, and I don't care when we do." In 1916, she attended the national suffrage convention in New Jersey, representing Ohio.

Mary Graham Rice lived for twenty years in Philadelphia before her death. She died January 26, 1948, and she was 81 years old at the time of her passing. 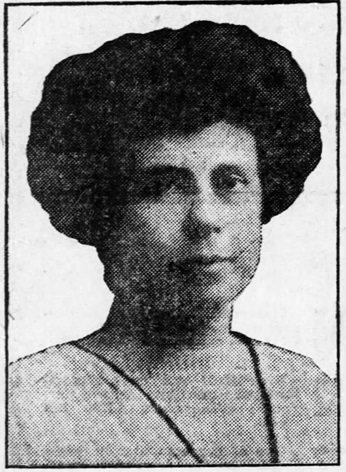