Gertrude Franchot Tone was born on 16 November 1876 in Titusville, Crawford, Pennsylvania, to Stanislas Pascal Franchot, a Senator who represented the Forty-seventh, a district composed of Niagara and Orleans counties, in the New York State Senate and Annie Powers Franchot. Gertrude married Frank Jerome tone in 1900, who was an engineer and later became president of Carborundum Company between 1919 and 1942 at Niagara Falls County. They had two children, Frank Jerome Tone, Jr. and Franchot Tone, the famous Hollywood actor.

Gertrude was a women's right activist and led the Suffragists' State Convention in 1916, held in Albany. The fight for women's voting rights in New York State lasted until 1917 as New York became the first East Coast state to allow women to vote. After the outbreak of the First World War she got involved in the Women's International League for Peace and Freedom in 1915. In August 1920, a group of Canadian and U.S. women held a peace conference at Niagara Falls, New York and created the Women's Peace Union (WPU) with branches in the U.S., Canada, Mexico and several other Latin American countries. Gertrude was appointed as treasurer. She called for complete disarmament, not even arming for self-defense. She announced at one of the meetings, "So far as we are concerned, we have no fears of evil results if we are the first country to disarm completely." The single purpose of the organization was to pass a constitutional amendment in the United States to outlaw war. In another meeting of WPU, Tone delivered a speech on the psychological attitude of women and placed the blame on women for not having pushed their way into public sphere sooner enough to have prevented the war.

Gertrude was not content with the role of stay-at-home wife of a wealthy businessman. She enjoyed getting out of Niagara Falls to experience the nightlife of New York or the politically charged atmosphere of Washington. When not lobbying for the WPU her major contribution was editing and writing of leaflets, press releases and letters. During the time of economic Depression, it was getting difficult to raise funds for the WPU. Gertrude who has been in charge of fund-raising campaign, out of the sense of guilt, donated $250 of her own money to the Union.

Gertrude enjoyed a special bond with Dorothy Thompson, an American women journalist who was recognized by Time magazine as the second most influential woman in America next to Eleanor Roosevelt. Dorothy made Gertrude her mentor, spiritual guide and confidante. Gertrude also liked Dorothy and in fact wrote a poem in her honor and told her that she was "a daughter of the gods." Dorothy first met Gertrude when she was the chairwoman of suffrage's eighth campaign district, later, Dorothy moved in with Gertrude on the fringe of Greenwich Village, where Gertrude had taken an apartment. Their relationship ended when Dorothy left for England in June 1920 with a friend Barbara to travel through Europe and Moscow and learn about the Socialist experiment.

The radical suffragist's personal life was no less stressful. She had a strained relationship with her husband and continued to shock her neighbors in Niagara Falls. Slowly she slipped into a life of alcoholism. Jonathan D. Moreno in his book, Impromptu Man: J.L. Moreno and the Origins of Psychodrama, Encounter Culture and the Social network (Bellevue Literary Press) describes how Gertrude's husband had arranged a meeting of her with his father at the latter's Hudson Valley sanitarium on the pretext that she become his student. The treatment of Gertrude was successful and in 1936 she paid for the construction of the first psychodrama theatre in the United States. Later her son and famous Hollywood actor Franchot Tone also sought treatment for alcohol abuse and philandering along with his wife Joan Crawford, a Hollywood actress. Together they dramatized their conflicts on the psychodrama stage. Gertrude died at the age of 77 on 16 April 1953 in Los Angeles, California. 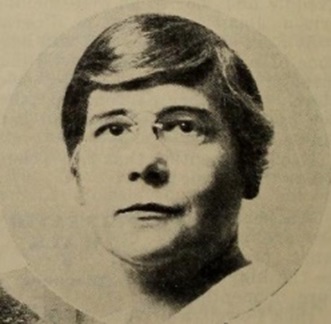 A genealogical survey of the peerage of Britain as well as the royal families of Europe is a site for tracing genealogy. For Frank Jerome Tone visit
http://www.thepeerage.com/p31931.htm

Kurth, Perer (2012), American Cassandra: The Life of Dorothy Thompson can be accessed at https://books.google.co.in/books?id=kz2oDwAAQBAJ&pg=PT47&lpg=PT47&dq=Gertrude+Franchot+Tone&source=bl&ots=r32iXIBZgw&sig=ACfU3U2FzNWJ_awr0X96L4SDqL-4g_ettg&hl=en&sa=X&ved=2ahUKEwjxlZvOiurkAhUWOSsKHerDC744ChDoATAGegQIBxAB#v=onepage&q=Gertrude%20Franchot%20Tone&f=false

Finding Franchot Blog can be accessed at https://www.facebook.com/franchottoneblog/posts/846632838855483