Advocate for Suffrage and Terminal Market Movement in NYC

Blanche Dennis was born on December 25, 1876 in Virginia to Dominic, a laborer, and Sarah (née Johnson) Dennis. She married Doctor Louis Reed Welzmiller, a widower with a daughter, on June 18, 1902. They lived in New York City over thirty years, residing in The Bronx for most of the time.

The Woman's Suffrage Party (WSP) of the city of New York launched on October 29, 1909. The party devised a political strategy with a focus on the sixty-three assembly districts in the city. Each district included individual party members who chose district leaders to represent them at borough and city conventions. Welzmiller's engagement in the WSP began in 1917. For the Woman Suffrage Party Bronx Branch she became a Bronx district captain in 1917 and the director of the Bronx branch in 1918. She assisted Mary Garrett Hay, chairman of the WSP, as a member of her executive boards, including the suffrage campaign of 1917. The History of Woman Suffrage, vol,6 provides a comprehensive list of the party's campaign tactics: 2085 meetings, over 5 million leaflets distributed, 2,000 posters in shop windows, 5,000 women watchers at polls, suffrage articles, suffrage movies in clubs, churches and settlement houses and a patriotic rally. She also assisted the party as a member of the Enlistment committee to organize enlistment stations for World War I and as a member of the War Service committee which believed in good citizenship and patriotic service. Welzmiller took over the suffrage party war gardens and kept trucks going from farms to the forty-one markets she organized in the city.

Welzmiller represented the WSP as one of the delegates to the National American Woman Suffrage Association (NAWSA) convention held in December 1917 and in July 1918 to a state Democratic convention. An article about the Democratic convention noted that Welzmiller was "one of a group of New York City women who had "fought long and tirelessly for the privileges women are now enjoying." (New York state had enfranchised women in state elections on November 6, 1917.) She served on the Platform Committee which advocated for a federal suffrage amendment plank in the party platform, and was made chairman of the permanent committee on organization. Later that year she served on a Citizens' Committee to support Alfred E. Smith, a Democratic candidate for governor. In 1920 she became chairman of the Permanent' Women's Democratic organization and state chairman of the Women's Progressive Democratic Alliance in 1922. It embraced principles of direct primaries, social welfare legislation, municipal ownership of public utilities and establishment of municipal terminal markets. Welzmiller frequently traveled throughout the state to organize local branches of the alliance. She remained active with the Democratic party throughout the 1920's.

During the time Welzmiller worked for woman suffrage, she also actively promoted the establishment of terminal food markets in New York City. An organizer of the Plenty Food League in 1918, Welzmiller stated that the primary purpose of the league was "to get food and milk from the farm to the kitchen at fair and reasonable prices." She became known as the "right hand man of the farmer's interests..." and also "the Mother of Better Terminal Markets." She served as state chairman of the Plenty Food League and president of the Terminal Markets League of the Bronx.

Her involvement in the market movement led to her appointment as Deputy Markets Commissioner for New York City in December 1919. A fierce advocate for consumers, she employed many tactics and spared no effort to understand the needs of the consumer. She even dug through garbage cans to understand food waste. As a result of her digging, she pushed for a standardized size of bread. She inquired into present price conditions for food products, including bread, pies, ice cream and fish. She posted fair price lists, established street markets to set up a direct channel from producer to consumer, organized food conservation classes, and spoke to consumer groups and on the radio offering advice on topics such as ten dollar weekly food budgets. She served as the Deputy Commissioner of Markets into the early 1930's. 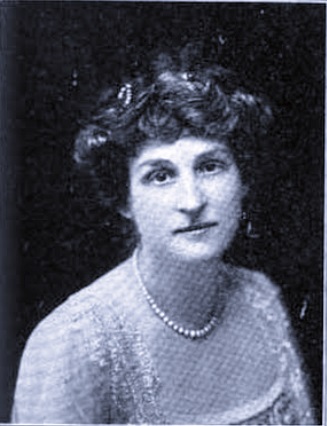