Cynthelia Isgrig was born June 30, 1872, in Marshall, Missouri, to John N. and Mary E. (Kile) Isgrig. She attended Monticello Female Seminary in Godfrey, Illinois, from 1886 to 1888. By 1900, the Isgrig family had moved to the Arizona Territory, and Cynthelia's last name was Jackson. On June 4, 1901, she married Daniel Webster Knefler in El Paso, Texas. Within the next few years, the couple moved to St. Louis, Missouri. They never had children.

Cynthelia Knefler participated in social work at the Self-Culture Hall, a settlement house at 1832 Carr Street in St. Louis. She was also involved in social work organizations, such as the Pure Milk Commission, the Tuberculosis Society, and the Society for Social Hygiene. Her social work experience led her to Hannah Hennessy, a local garment worker. Around 1907, Knefler and Hennessey created the Women's Trade Union League (WTUL) of St. Louis, and at the 1909 second biennial convention of the National WTUL in Chicago, both women were listed as executive board members of the national body. More importantly, though, was the work these women did locally in St. Louis. One notable example was the concerted effort in 1910 to keep anti-labor politician E.J. Troy from becoming a state representative in their district. The effort, including a phone canvas and lecture circuit, was victorious. Hennessey died in November 1910 from tuberculous, leaving Knefler to lead the St. Louis WTUL. The WTUL expanded its platform to include unionization of all workers, equal pay for equal work, an eight-hour work day, a minimum wage scale, all principles involved in the economic program of the American Federation of Labor, as well as full citizenship and suffrage for women.

In a brief article on the history of equal suffrage in Missouri, Florence Atkinson remarked upon the tenacity of women in the local Wednesday Club to meet to discuss woman suffrage, a taboo topic of the time in Missouri, and to form the St. Louis Equal Suffrage League. Cynthelia Isgrig Knefler was a part of this group of women and elected auditor. She utilized her position with the St. Louis WTUL to create overlap with the organizations, and she served as a secretary and campaign manager with the suffrage organization. Her suffrage contributions permeate the St. Louis newspapers during the early part of the 1910s.

In 1913, the Kneflers moved to Los Angeles, California, following her family, who had relocated as early as 1910. Cynthelia Knefler continued with her social work inspired activities, maintaining her work for the WTUL and joining the local Juvenile Protective Association. Daniel Knefler was suffering in health, and by 1920, Cynthelia Knefler was a widow. Her sister, Isabelle Isgrig, moved into Cynthelia's house on Penrose, and by 1930, the two took boarders and ran a bird farm. In January 1931, the League of Women Voters in Missouri dedicated a plaque in Jefferson City to commemorate the suffrage women, among them Cynthelia Knefler. By 1940, the sisters had downsized their home. Cynthelia Isgrig Knefler died on November 5, 1942, in Los Angeles. 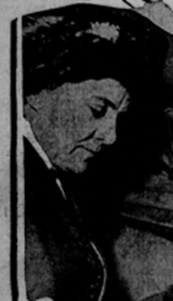 Weed, Inis H. "A New Political Wedge: The Way St. Louis Women Drove a Nine-Hour Day into the Law." In How To Write Special Feature Articles: A Handbook for Reporters, Correspondents and Free-Lance Writers Who Desire to Contribute to Popular Magazines and Magazine Sections of Newspapers, edited by Willard Grosvenor Bleyer, 281-93. Boston: Houghton Mifflin, 1919, originally published in Everybody's Magazine.