Sarah Isabel Whittier was born on October 13, 1862 in Farmington, Maine to Phineas and Sarah Maddocks Whittier. Her father was a prosperous farmer who owned a vast apple orchard. Her mother's occupation remains unknown. She grew up in Chesterville, Maine and was educated in Farmington schools. She married Chester Greenwood on October 12, 1884. He was a well-known inventor of ear protectors or earmuffs and other items such as lawn rakes. According to the Bangor Daily Whig and Courier, by the late 1880's tens of thousands of these earmuffs were already being exported to Canada. He was also the owner of Franklin Telephone and Telegraph. In 1977, the Maine state legislature honored Chester Greenwood on the first day of winter as the "the father of the earmuff," which made Farmington, "the earmuff capital of the world." (Biddeford Journal, 8, 14) The couple had four children: sons, Lester Clyde, Donald Whittier, and Clinton Whittier, and daughter, Vodisa Emile. Greenwood died in 1958 at the age of 96.

Greenwood was an early suffrage leader who became aware of the world and wanted to see the changes in the advancement of women according to a study commissioned by the University of Maine at Farmington called Isabel Greenwood and the Women's Suffrage Movement. She became the director of the Maine's Women Suffrage Association and the first president of the Franklin County Equal Suffrage League in 1906. In addition, she was the member of the Farmington Monday Club, member of the Women's Alliance and the Roderick-Crosby Post. There is very little information about her; her husband Chester receives more recognition. However, both she and Chester were a great team, as they were involved in much community service.

Greenwood held together the organization she joined by soliciting support and help from outside suffragists. She gave many speeches and attended meetings of the Maine's Women Suffrage Association. She was responsible for bring the 27th annual convention of the Association to Farmington, at the Old South Church. She also kept up to date on all the current changes and proposals by purchasing a variety of newspapers. Often, she would keep those articles and reference them in her speeches. In addition, she wrote for many local newspapers such as an article published in the Franklin Journal on Tuesday, March 27, 1917, a counterargument to previous articles against suffrage. Within that year, Greenwood and other suffragists campaigned throughout the spring and summer in a fight for suffrage to win some votes by Congress, but they lost the battle in Maine.

Isabel Greenwood was also known for her community service. She was a member of the Woman's Christian Temperance Union, and was elected as a delegate to the national convention in 1908, and was its corresponding secretary in 1912. She and her husband founded, in 1905, a home for older people without family nearby or a place to live. They designed the Greenwood House, known as the Farmington Home for the Aged People's Association, which still operates to this day. Isabel Greenwood was the treasurer of the Farmington Home for Aged People Association for fifty years while Chester was president. According to the Portland Press Herald published on Tuesday, May 3, 1949, Greenwood was part of the Decorating Committee of the Women's Alliance of the Unitarian Church to sponsor the annual May Fair in Farmington. The organization contains about twenty women who put together the event which was part of a "major project for raising funds to carry its work." Although Chester Greenwood was more well known and recognized than Isabel, the couple are still celebrated every year with the annual Chester Greenwood Day Parade. 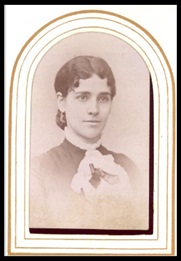