Mary Cornett was born in Madison, Indiana, in July 1866 to Charles and Mary Cornett, both of Indiana. Mary Cornett married John Livingston Lowes in June 1897, and about a year later the couple had a son, John W. Lowes. John L. Lowes worked as a professor at various colleges, including at Hanover College in Indiana, Swarthmore College in Pennsylvania, and Washington University in St. Louis, where he was also the dean of arts and sciences. The Lowes arrived in Missouri around 1909, and Mary Lowes took part in community activities, including woman suffrage.

In June 1911, Mary Cornett Lowes served on the board of directors for the Equal Suffrage League of St. Louis, and she traveled to Louisville, Kentucky, in the same year as a delegate at the National American Woman Suffrage Association convention. By August 1913, Lowes led the St. Louis League. As president, she helped coordinate a petition for the democratic representatives to urge presidential candidates to grant women voting rights. The petition target was 23,000 signatures. In September 1913, Missouri suffragists held a convention to bring to the forefront the issues of woman's rights, which were still not widely accepted by Missourians. Lowes continued to raise funds and awareness for this campaign until it reached the democratic representatives in Missouri. After the state convention, she was quoted by the Iron County Register in Ironton, Missouri, saying, "soap-box oratory and Tammany methods will be used for the coming campaign for equal suffrage." Lowes retired from her role of president of the St. Louis League in October 1914 due to exhaustion, but she returned to the helm in 1915. She withdrew her name from the presidency and the board in April 1916, but she continued to remain active in the organization.

In June 1916, the St. Louis Equal Suffrage League protested the Democratic National Convention, which met in St. Louis, to demand women's right to vote. Mary Cornett Lowes took part in the "Golden Lane Protest," so-called because an estimated three thousand women from around the country lined Locust Street carrying yellow parasols. The non-violent protest sought to make woman suffrage a priority for the Democratic Party and the incumbent President Woodrow Wilson. Lowes was honored in 1930 at a League of Women Voters' event celebrating the protest, and her name is listed on a commemorative plaque dedicated in January 1931 in Jefferson City, Missouri.

By 1920, Mary and John Lowes moved to Cambridge, Massachusetts, and John Lowes worked at Harvard University. They lived there for the rest of their lives. Mary Cornett Lowes died in 1945 in Cambridge. 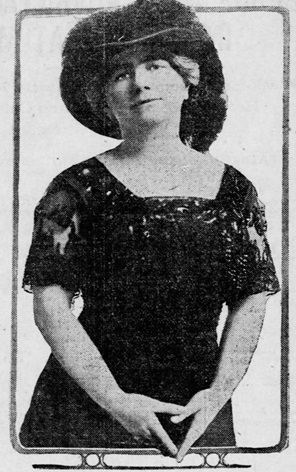