Founder of the local chapter of the Women's Educational and Industrial Union, Saco ME; Corresponding Secretary of Maine's State Suffrage Association.

During the mid-1800's Mrs. Sarah Fairfield Hamilton made history in her hometown of Saco, Maine. According to Hamilton's profile in Family Search, she was born on November 21, 1831 to John and Anna Payne Thornton Fairfield. She was the eldest daughter, with eight other siblings.(US Census, 1850) Hamilton's death certificate indicates her father was a lawyer. He served in the U.S. House of Representatives from 1835 to 1838, became Maine's governor in December of 1838, where he served until being appointed to the U.S. Senate in 1843. He served as Maine's senator until his death, in Washington D.C., in 1847.

On her maternal side Hamilton was the granddaughter of Thomas Gilbert Thornton, a banker. Thornton, a wealthy man, funded the development of Saco (later renamed Thornton) Academy, Starting in 1842, she attended the Academy until it burned down in 1848. She then left to attend Bradford Academy in Haverhill, Massachusetts. According to a Bradford College article accessed through Atlas Obscura, Bradford Academy, now known as Bradford College was founded in 1803, as a women-only institution intended to train missionaries' spouses.

Hamilton dedicated her young adult life to helping her mother with maintaining their household. Hamilton became a Sunday school instructor at the Unitarian Church in Saco which is a congregation that her father had organized. It was here that she met Benjamin Franklin Hamilton, the supervisor of the Church's Sunday school. Sarah wed him on March 23, 1853; they had five children, only two of whom, Harry and Robert, survived into adulthood. While she was in Boston on a trip, Hamilton encountered a woman named Abbey Morton Diaz. According to Diaz's biography, she was a women's rights advocate, reformer, speaker and co-founder of the Women's Educational and Industrial Union (WEIU).

Sometime after their acquaintance, Diaz spoke in Saco, Maine, and captured the ears of more women in the community. This speech ignited the women of Saco to stand up for themselves and take control of their rights. From this initial encounter, the Diaz Union was formed because some were fearful that calling it a "Club" might link it to a suffrage association. For several years, the Union met at Sarah's house to discuss how to improve society. Hamilton established the WEIU Union chapter in Saco with Diaz, and as a result has been dubbed as its "Mother." According to the Women's Educational and Industrial Union Records article available online at the Radcliffe Institute for Advanced Study, the WEIU was a nonprofit social and educational group founded in 1877 by Dr. Harriet Clisby and later incorporated in 1880. Hamilton's goal was to increase camaraderie amongst women and to encourage sensible approaches for obtaining their educational, industrial, and societal development. Additionally, Hamilton sought female representation on governing boards, including school boards, city councils and state legislatures. She saw a woman being elected to the council but died before women could vote.

Hamilton was a very wealthy reformer and philanthropist. According to Saco Main Street Museum Walk inscription accessed from the Historical Marker Project, with Hamilton's support and funding, Saco formed its first kindergarten to help children gain an education rather than being put to work. Saco was a mill town, its inhabitants' primary source of income. Shortly after, Hamilton started a nursery for childcare service to support mill workers. Little girls who attended were trained how to sew and cook while the boys partook in industrial arts and adults practiced woodworking and other manual crafts.

Mrs. Hamilton was a prominent part of the women's suffrage movement. Because she was born into a rich family, she had more resources than most in her hometown and she utilized them to help others rather than taking a selfish approach. According to The Portland Daily Press in 1898 that was accessed from Chronicling of America, she also played a role in the Women's Literary Union (WLU) as a general member. She participated in the Women's Literary Union by gathering 160 women in the halls of the Casino in Cape Elizabeth in Southern Maine. According to the Woman's Literary Union website, The WLU was developed in Auburn, Maine in 1892 and incorporated in 1909. The Union focused on building and maintaining the intellectual, cultural and scholastic progression of the region. According to her death certificate, Hamilton died on July 4, 1909 due to a stroke. She was 77 years old. 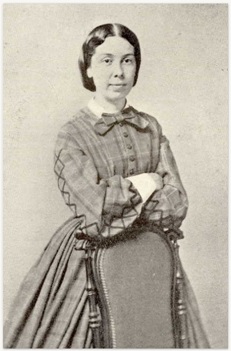 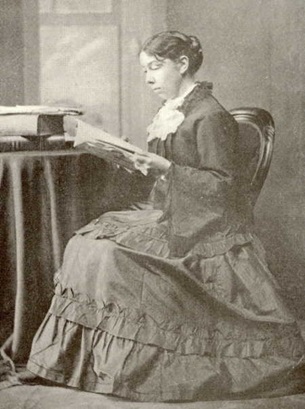