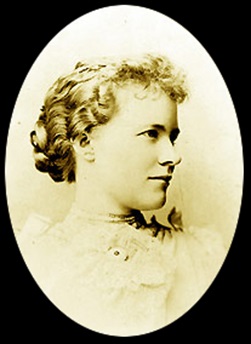 During her time as a KU professor, Corbin became concerned about the lack of opportunity that female students had to obtain a place to live near or on campus. In 1910, Corbin, building on the previous efforts of others, developed a plan to construct a dormitory building exclusively for undergraduate women. After much effort, and with support of important people, the State government agreed to provide $1 million dollars to KU and four other institutions of higher learning in the state exclusively for the building of dormitories; however, only a fraction of this amount was provided and some of the other institutions voluntarily left the fight. The University of Kansas, however, received $150,000 for a new dormitory building. In the summer of 1922, construction began for what would be the first dormitory building exclusively for women. Thanks to more than ten years of dedicated work and fight from Dr. Corbin, the State Board of Administration decided to name the building, which opened in 1923, Corbin Hall. The building housed 107 women when it opened.

Corbin was also a leader and member of numerous associations that sought to obtain women's right to vote. She was an active member of the Women's Self Government Association of the University of Kansas, the Kansas League of Women Voters, and the American Association of University Women. She served as the first president of the Kansas Dinner Club, an organization of women's teachers. During the Women's Suffrage Campaign of 1912, Corbin served as the chairman of the Kansas Equal Suffrage Association's membership extension department. Under her leadership, the department's ambitious plan was to visit and distribute literature in "every street in every city, every voting precinct, every school district" in the state. And all this during "the hottest summer and the coldest, stormiest winter" when "workers learned what it meant to travel across the country with the mercury ranging from 110 in the shade to 22 degrees below zero; to have a Turkish bath while making a 'votes for women' speech or be delayed for hours on a freight or passenger train by a snow blockade." Her efforts contributed to the victorious outcome of the 1912 campaign.

Dr. Alberta Corbin died in March of 1941 at the age of 70. She was buried alongside her siblings and parents in Oak Hill Cemetery, Lawrence Kansas.