Biographical Sketch of Anna B. Lawther

Anna Bell Lawther was born September 8, 1872 in Dubuque, Iowa, to Annie Elizabeth Bell Lawther and Williams Lawther. She graduated from Miss Stevens Boarding School, Philadelphia, and Bryn Mawr College (1897). After graduating, she stayed at Bryn Mawr, where she worked in a variety of jobs, including as assistant bursar, warden of Merion Hall, as the college secretary, and as the director of alumnae.

In 1912, Lawther returned to her hometown of Dubuque, where she remained the rest of her life. She was active in political, charity, and community work. She belonged to the American Association of University Women, P.E.O. (a philanthropic educational organization for women), and the League of Women Voters. After World War I, she worked to promote the League of Nations. She referred to herself as the "Old Lady of Dubuque."

Lawther was chairman of the Equal Suffrage Association of Dubuque County, Iowa in 1916. She then became the president of the Iowa Suffrage Association from 1916-1919. After the 19th Amendment passed, she was an Iowa delegate to the Democratic National Conventions in 1920 and 1924. She was the first woman to be a Democratic national committeewoman.

Anna B. Lawther died on October 21, 1957. Her legacy lives on at the University of Northern Iowa, where Lawther Hall, a women's residence hall, was named after her in 1940. In 1927, Morningside College awarded her an honorary doctor of humane letters. In 1936, the University of Dubuque awarded her an honorary doctor of law. In 1985, she was inducted in the Iowa Women's Hall of Fame. 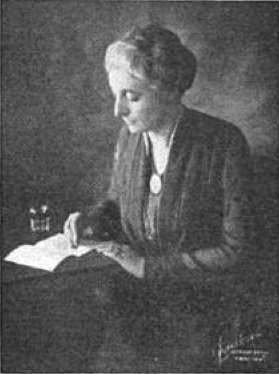