Adah E. Bush was born in 1880 in Kentland, Indiana, to Theodore Meeks and Charlotte Bush. Over the course of her life, Adah Bush served as vice president with the Women's Franchise League of Indiana. She also participated in the Young Women's Christian Association, the Women Overseas Service League, and the Women's Council on National Defense. She was a founding member of the League of Women Voters.

While Adah Bush was a lifelong supporter of women's suffrage, she was also a loyal American, who sought to serve her country. Following the US entry into World War I in 1917, she temporarily left her role as a suffragist to work for the Women's Council of National Defense in Washington, DC. She would not remain in the capital for long, however, instead choosing to travel to France alongside her sisters, Alice and Ruth Bush, to serve with the Young Women's Christian Association. Adah Bush took on a leadership role at the Paris YWCA, facilitating the transportation of war workers and discharged soldiers around the country. The Bush sisters returned to Indiana in 1919 and were commended by the Indianapolis News for their heroic service. As an executive board member of a state suffrage organization and as a war worker, Adah Bush earned a star on the service flag for the National American Woman Suffrage Association.

In 1920, Adah Bush resumed her work as a suffragist and became one of the first members of the League of Women Voters, alongside such prominent female political figures as Carrie Chapman Catt and Maud Wood Park. In July 1920, she and Park were part of an LWV delegation to the Democratic National Convention in San Francisco that also included Mary McDowell, Patty Jacobs, Mabeth Page, and Marie Stuart Edwards. These representatives lobbied the various nominees and other Democratic leadership at the convention not only for greater voting rights but also for expanded child welfare, for more opportunities for female employment, and for independent citizenship for married women.

After the ratification of the Nineteenth Amendment, Adah E. Bush continued to work tirelessly to expand the rights of women in the United States. She worked as a secretary to Indiana's Governor Warren McCray before transitioning into an insurance business. Her death was sudden on September 20, 1932, at the age of fifty-one, in Indianapolis. One obituary pointed to health issues she developed while serving during the war. She left behind a proud legacy of service both to her nation and to her numerous organizations. 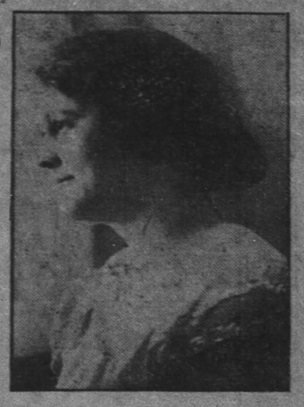 "Miss Adah Bush Will Do War Work in Washington." Indianapolis News, May 28, 1918. Newspapers.com.