President of the Danielson Equal Franchise League, CT and Advocate for Women's Education

Marinda C. Butler Robinson was a suffragist and advocate for women's education in the early twentieth century in Connecticut. Although Robinson is not well-known today, her activism was such that she was one of 31 women in the state honored by the League of Women Voters for their early and important contributions to women's suffrage.

Robinson was born in Stockport, New York, in 1848. Her parents were William Frederic Butler and Nancy Bartlett. She married physician Rienzi Robinson (1842-1919) and settled in Danielson, a section of the town of Killingly, in Windham County, Connecticut. A sense of the scope and fervor of her activism is apparent in a letter that she wrote to The New York Times in September 1911 in support of the Pure Food and Drug Act (1906). In the letter, Robinson stated that the law was created because of the pressure exerted by women. She noted also that the Federation of Women's Clubs—representing over 300,000 women—had urged that the law be enforced, nationally and on a state level. Criticizing "the systematic betrayal" of the legislation by President William Howard Taft, and his failure to address the Federation's call for action—"[he] has not lifted his finger in response"—Robinson concluded that the solution to enforcement was women's suffrage: "We women ask for the only sure weapon which can protect our home and interests—the ballot."

Two years later, the Danielson Equal Franchise League was formed, and Robinson served as its inaugural president. Following the May 2, 1914 suffrage parade in Hartford in which she participated, Robinson wrote an ardent defense of the cause published in the local press. An excerpt reads: "During that parade my visions of the past were wedded to the visions of the future, when women shall walk side by side of the men, their equals in citizenship, as they are now their equals intellectually."

There is also a record of Robinson's activism on behalf of the education of women. She supported the new Connecticut College for Women in New London, Connecticut, and was an honored guest when the college opened officially in 1915. The following year, she led fundraising efforts in Danielson for the building of a dormitory for the college. During World War I, Robinson directed an enthusiastic campaign to recruit young women in the Killingly area to become student nurses. Once trained, they were to fill positions left vacant by nurses serving overseas. The promotion of this training program described the valuable educational opportunity the women would have, and noted also that their participation would be as significant as that of men in the armed forces.

In her later years, Robinson moved to Hudson, New York, where she lived in the home of her brother, William F. Butler. She passed away in 1928, just two years prior to being included on the honor roll for Connecticut suffragists. Robinson received public recognition posthumously when the National League of Women Voters announced, in 1931, that bronze plaques for each state's honor roll were being placed in the organization's headquarters in Washington, DC in recognition of the contributions of individual women to suffrage and citizenship. An additional plaque listing the women's names was dedicated in 1934 and given by the League to the state of Connecticut. It now resides in the State Capitol building in Hartford, Connecticut. 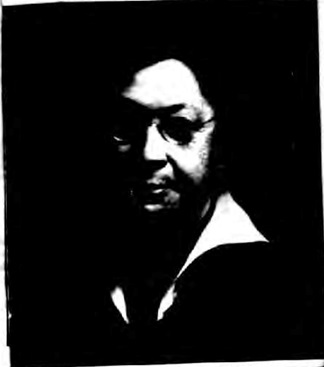