Sandol Humphreys Milliken Stoddard was born in 1877 in Tennessee, the daughter of Judge William Alfred Milliken (1846-1931) and Mary Stuart Humphreys (1850-1884). She received her schooling at a convent in France, after which she moved to Washington, DC with her family.

An aspiring actress, Sandol made her debut with the Augustin Daly Company in DC. Circa 1898, Milliken moved to New York City and took residence at 120 Madison Ave. She went on to make stage appearances, including in leading roles, for several NYC theater companies. Sandol retired from acting in March 1904 when she married Carlos French Stoddard (1880- ) of New Haven, CT, with whom she would have three children.

After suffrage activity renewed in Connecticut circa 1910, Mrs. Stoddard's attention turned to the suffrage issue. When the Connecticut House of Representatives weighed in on a woman suffrage bill in 1911, her sister-in-law, Mrs. Louis E. Stoddard, signed a petition against the bill. It was at an anti-suffrage meeting in New Haven, perhaps attended with her sister-in-law, that Mrs. Carlos F. Stoddard instead decided to join the opposite side. Despite differing opinions within her family, Sandol Stoddard went on to become a leading suffragist in New Haven. She presided over the New Haven Equal Franchise League for three years, in addition to serving as New Haven County Chairman for the CWSA from at least 1912 to 1916.

Building on her theater background, Mrs. Stoddard was a noted public speaker. She spoke in favor of the cause across Connecticut at public rallies, private gatherings, and formal hearings at the State Capitol. In 1913, one of her speeches held at the Hartford home of Mrs. C. Howard Gillette over tea attracted 100 attendees. When she spoke to the crowds during a 1916 New Haven parade, the press cited her "among the best known suffrage leaders of the state."

Mrs. Stoddard did not live to see the passage of the Nineteenth Amendment. At only 40 years of age, she died of pneumonia in April 1918. At the time of her death, her fellow suffrage activists remembered her as an astute leader who gave highly effective public speeches, coordinated her work with other local leagues smoothly, and trained many a young activist. Katharine Houghton Hepburn noted that Mrs. Stoddard "was a remarkable combination of fine personal character and great integrity [...] [When she spoke] at the Republican state convention in 1916, a lawyer said that she presented the case in five minutes so ably that he would be proud of any lawyer who could have done it as well. Mrs. Stoddard's death is a great loss to the community." Her name lived on through her granddaughter Sandol Milliken Stoddard (1927-2018), a community activist and renowned children's book author.

Browne, Walter and Frederick Arnold Austin. Who's who on the Stage: The Dramatic Reference Book and Biographical Dictionary of the Theatre, Containing Records of the Careers of Actors, Actresses, Managers and Playwrights of the American Stage. B.W. Dodge & Company, 1908, p.314. 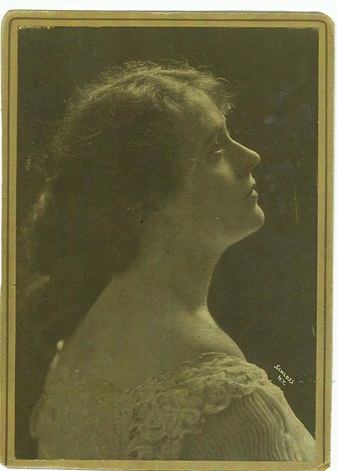