Kathryn Sellers was born in Broadway, Ohio, on Christmas Day, 1870, to John Henry and Nancy J. Sellers. She had five siblings, four of whom survived childhood: Charles French, James, Henry, and Mary. Her family relocated to Marysville, Ohio, where she grew up and attended school. After high school, she took a position in 1891 as a meteorological clerk in the United States Weather Bureau (at that time under the Department of Agriculture), an opportunity made possible by the recommendation of Theodore Roosevelt. She worked there until 1900, when she entered the State Department to work as a librarian, where she served until 1911. In 1903, she attended a short training in librarianship at Amherst College. She continued her work as a librarian from 1911-1918 with the Carnegie Endowment for International Peace, where she was responsible for compiling bibliographies of events related to international law for the American Journal of International Law. While working, she attended night classes at the Washington College of Law, receiving her Bachelor of Law degree in 1913 and her Master of Law in 1914. After her graduation, she was admitted to the bar but did not enter into practice. Instead, she continued her work for the Carnegie Endowment, while also serving as a lecturer on criminal law and equity jurisprudence, as well as holding the position of Professor of Law at her alma mater.

In 1918, she became the first woman to serve as judge in the nation's capital, when President Wilson appointed her to the head of the Juvenile Court of Washington, D.C. One member of the Senate Committee objected to her appointment by arguing "that in his state a woman was not a citizen of the United States, and in his opinion a judge should be a citizen of this country." Fortunately, the senator eventually changed his mind on the matter. Sellers served as judge of the Juvenile Court from 1918 until her retirement in 1934. Though not all viewed Sellers' work in the best light, she did bring about several positive changes for the children of the court. First, upon entering the position, she swiftly caught up with the backlog of cases waiting to be heard, so that each case going forward would be heard in a timely manner. She also changed the requirement for children to be detained during their case investigation period; she allowed them to return to their home, under probation. In the court itself, instead of having the children stand throughout the proceedings, as in most other juvenile courts, Sellers had them sit, as she thought children would be more willing to talk if seated. In conversation, she "radiate[d] a friendliness that [was] at the same time thoroughly just." She also made "a few direct, kindly remarks" to each child before they left the courtroom.

Though Sellers was not married, she did not lack for living companions during her years in Washington, D.C. After Sellers' father passed away in 1895, her mother came to live with her in D.C., along with Sellers' younger siblings, Henry and Mary. Sellers' brother James had two daughters with his wife; after his wife passed away, the daughters came to live with Sellers and her mother. After her brother Charles' wife passed away in 1911, their two children (both of whom were still babies) moved into the D.C. household, and Sellers acted as a surrogate mother to her niece and nephew. Though Sellers's mother passed away in 1916, her brother Charles joined the household by 1920.

While Sellers described herself as a suffragist, and many sources credit Sellers with serving as the president of the National College Equal Suffrage League, the only definitive record of her from the organization itself is in the role of secretary in 1913, for the Washington, D.C. chapter of the National College Equal Suffrage League. She also helped with holding "street meetings" for suffragists in the years leading up to the 19th Amendment. She was also among the marchers in the lawyers' sections of a suffragist parade in Washington, D.C., in March 1920. Speaking as the keynote in 1920, at a meeting of women leaders in the federal government, she said, "We who have been called to public office owe a duty not only to the women before us whose untiring efforts made it possible for us to aspire to the positions we hold, but—more than that—we owe to the women who are to come after us the duty of performing our work so well that the great opportunities open to the women of today may be still greater tomorrow."

In 1927, she spoke at the memorial service for Dean Emma Gillett, who led the Lawyers' Council section of the National Woman's Party.

Sellers broke her hip in early 1932, an issue that apparently continued to plague her during the rest of her life. She retired from the Juvenile Court in 1934 and passed away on February 23, 1939.

Howes, Durward. American Women: The Official Who's Who among the Women of the Nation. Vol. 3. Los Angeles, Calif.: American Publications, 1939.

"Judge Sellers Credits 'T.R.' With Her Start: As Civil Service Commissioner He Established Precedent in Her Favor," The Washington Post, October 17, 1933.

Mennel, Robert M. Thorns & Thistles: Juvenile Delinquents in the United States 1825-1940. Hanover: Published for the University of New Hampshire by the University Press of New England, 1973. 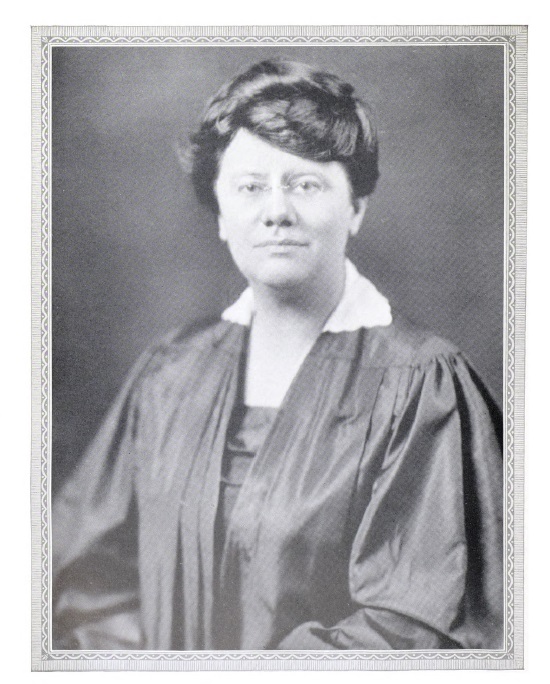