Clara Louise Rowe was born June 27, 1895 in San Francisco, California. She was a 1915 graduate of Syracuse University in New York, where she served as president of the university's Equal Suffrage League. On October 14, 1914, Rowe was one of four speakers invited to a gathering at the Upland Farm estate of Mrs. F. R. (Dora Gannett Sedgwick) Hazard, a leading suffragist in the region who lobbied the New York legislature and once hosted English suffragette Emmeline Pankhurst.

In her role as a national organizer for the National Woman's Party, Rowe traveled extensively over several years in pursuit of woman suffrage. In 1916, Rowe campaigned for the New York State referendum. During the summer of 1916 she went to Billings, Montana where she recruited Vassar alumna and fellow NWP organizer Hazel Hunkins to go with her to Colorado Springs, Colorado for a convention. Rowe also worked for the vote in Delaware and at the national headquarters of the Women's Political Union. She and Abby Scott Baker attended a conference in Des Moines, Iowa together in January 1918, where they awaited news of the Congressional vote on the Susan B. Anthony Amendment. On September 7, 1918, Rowe and Elsie Mary Hill addressed a street corner rally of workers in Bridgeport, Connecticut. Proclaiming that "picketing is war," Rowe argued that the extension of suffrage should be viewed as a war measure since "American Women would offer a splendid example to warring nations of Europe by winning the vote."

Rowe married Donald McGraw, the youngest son of a prominent family in Detroit, Michigan in March 1919. The Evening CapitalNews of Boise, Idaho reported that Rowe met her husband when she traveled to Detroit as part of the "prison special" in February and March, 1919. Like Rowe, her mother-in-law, Mrs. William (Harriet Newell Robinson) McGraw, was a member of the NWP as well as the Detroit chapters of the League of Women Voters and the American Birth Control League. Rowe and her husband resided in Eastchester, New York. They had one child, Patricia, born in 1924. The 1930 census states that her husband worked as a mechanical engineer and that Rowe was a director for an "educational organization," which was the American Birth Control League. Rowe used her maiden name professionally while married, and sometime before 1940 she and her husband divorced.

Throughout the 1920s, Rowe served as the organization secretary of the ABCL and a valued adviser and colleague to Margaret Sanger. In a letter dated April 16, 1922, while on a speaking tour in China, Sanger declared that if she had Rowe and a couple of other dedicated activists along with her, they could "revolutionize" China. There was much travel involved in Rowe's work to advance women's reproductive rights, including trips to Cherbourg, France in 1922 and 1927.

Unlike many of her fellow early hires by the CU/NWP, Rowe is not mentioned in Doris Stevens's Jailed for Freedom. Information about Clara Louise Rowe McGraw's involvement in the Woman Suffrage Movement can be found in the Records of the National Woman's Party at the Library of Congress, various issues of The Suffragist, and the archives at Syracuse University. Additional personal and professional information about Rowe is found in TheBirth Control Review, The Selected Papers of Margaret Sanger (University of Illinois Press), various newspaper accounts; and the federal census, passport records, and passenger lists. 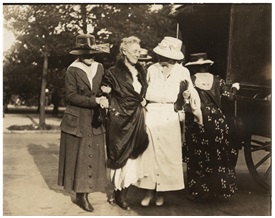 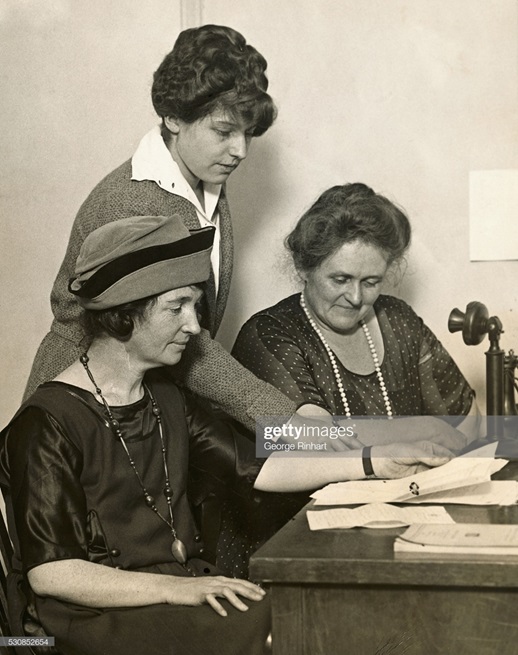