Elder served as a member of the National Advisory Council of the Congressional Union, the forerunner to the National Woman's Party. She made small donations to the party and participated in minor research for the publication. In March 1916, Pennsylvania women headed to Washington with a petition bearing fifty signatures asking Pennsylvania Representative Henry J. Steele to support the suffrage resolution at an upcoming meeting of the Judiciary Committee; at the head of this delegation was Elizabeth Elder. Furthermore, in June 1916, during the planning of the National Woman’s Party launch in Chicago, Elder oversaw the planning of the information bureau and enrolled all delegates.

Further evidence of Elder's suffrage activities is sparse. Her name appears on the letterhead of a letter sent to Caroline Katzenstein, welcoming her to a position in the Congressional Union in Pennsylvania; here Elder is simply referred to as a local suffragist. In addition, an article in The Suffragist in April 1917 notes that Elder was a member of an NWP delegation to Pennsylvania Senator Boies Penrose, a stanch suffrage opponent, to lobby him on the woman suffrage amendment.

There is no evidence that she ever married or lived outside of Pennsylvania.

Caroline Katzenstein, Lifting the Curtain; The State and National Woman Suffrage Campaigns in Pennsylvania as I Saw Them (Philadelphia: Dorrance, 1955), 185, 208, 376. 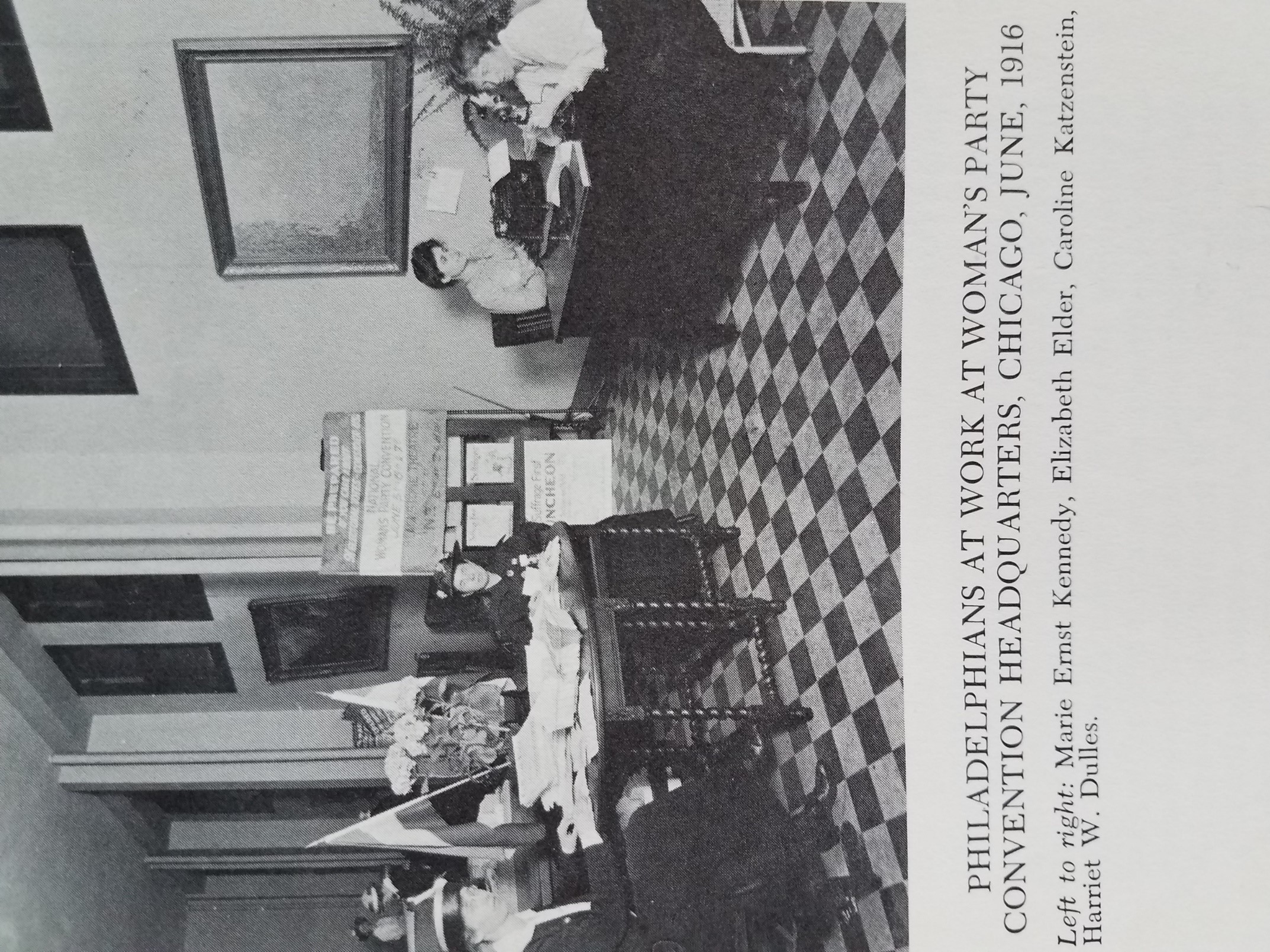 Caroline Katzenstein, Lifting the Curtain: The State and National Woman Suffrage Campaigns in Pennsylvania as I Saw Them (Philadelphia, PA: Dorrance, 1955), opposite pg. 208.