She exemplified in herself her faith in woman's capacity to live her own life, to improve all her opportunities, and at the same time fulfill in every respect the special duties which come to her as head of a household and the mother of children. Mrs. Stone was a type of the ‘world-mother.'
-- Ellen M. Henrotin, friend of Lucinda Hinsdale Stone

Lucinda Hinsdale Stone was born in Hinesburg, Vermont, on September 30, 1814, and died on March 14, 1900, at home in Kalamazoo, Michigan. She was the youngest of twelve to Aaron and Lucinda (Mitchell) Hinsdale. Her brothers were instrumental in bringing Hinesburg its first library and book club, and her ancestor, Robert Hinsdale, was the first to propose free public schools in the American colonies. Her family's longstanding investment in learning as well as her upbringing between two major college towns in Vermont led to her lifelong love of reading and her appetite for education. This education would be the foundation on which she built her life's work.

Lucinda Hinsdale began public school at the age of 3 and quickly proved herself to be an apt student. After she completed her primary education at age 12, she enrolled at the all-male Hinesburg Academy. Many of her courses were designed as college preparatory instruction, but college education was largely denied to women during this period. At Hinesburg Academy, Stone would develop her advocacy for co-education, while brushing up against the obstacles which kept her from her collegiate aspirations. At 15, Stone began her lifelong career and passion teaching at a school near her sister's home. Just two years later, while many of her colleagues advanced to college, she applied instead, at her teachers' insistence, to Middlebury Female Seminar, where she attended class and taught. From there, she returned to Hinesburg Academy for a time to resume advanced classes. She also taught at Burlington Seminary, where she received an invitation to be a governess in Natchez, Mississippi. She accepted the invitation and in 1837 moved to Natchez to teach four children. She lived on a plantation, and it was here that she witnessed the horrors of slavery for the first time. Stone quickly developed abolitionist views and would remain an advocate for African American rights for the rest of her life. Stone's friendship and many visits with Frederick Douglass were centered around this advocacy.

During her time in Mississippi, she corresponded with the Reverend Dr. James Andrus Blinn Stone, the headmaster during her later years at Hinesburg Academy. On June 10, 1840, they married in Grand Rapids, Michigan. The newlyweds settled in Gloucester, Massachusetts, where they remained for the birth of their first son, Clement Walker Stone, in 1841. During this time, Dr. Stone continued his work in education as a professor at Newton Theological Seminary. In 1843, the family moved to Kalamazoo, so Rev. Dr. Stone could start his new position as the head of the University of Michigan's Kalamazoo branch, which is now Kalamazoo College. During Dr. Stone's time as the principal, he hired his wife as a teacher, sermonizer, and eventually as the head of the ladies' department.

The Stones are widely credited as a driving force in the establishment of Kalamazoo College. In 1843, the Stones also welcomed their second son, Horatio, and in 1847, the Stones' last son, James, was born. During her tenure in the ladies' department at Kalamazoo College, Stone often brought her children to class with her, so she could attend to their needs and remain in her professional post at the same time. The classes were open to all students, and women and men could freely enroll in classes from either department. For many years, the Stones paid the salaries for the teachers in the ladies' department out of pocket, due to reluctance of the school board to pay for these expenses while the school ran a deficit.

In 1852, Stone expanded her commitment to the education of women by founding the Ladies Library Association, the first club for women in Michigan, and the first club in the United States for women with its own clubhouse. In a time where educational resources for women were scarce and many colleges rejected women, reading clubs were a way to take classes, to see speakers, and to continue learning. She became renowned for her lifelong involvement and advocacy for clubs and earned the nickname, the "Mother of Clubs." Stone founded the Twentieth Century Club, the People's Church of Kalamazoo, the Michigan Federation of Women's Clubs, the Women's Press Association, and the Frederick Douglass Club for people of color. She also served as the Michigan correspondent for the General Federation of Women's Clubs. In the 1870s, she began writing a widely-published newspaper column called "Club Talks," which addressed the need for women's clubs, promoted suffrage, and gave advice. Her articles were published in many papers throughout Michigan, Chicago, and Philadelphia.

Her work with clubs set the framework for her vigorous work towards the cause of women's suffrage. Stone was friends with other notable pioneers of the time, including Susan B. Anthony, Elizabeth Cady Stanton, and Julia Ward Howe. Both Lucinda Stone and her husband served as officers of the Michigan Suffrage Association. Stone lobbied for women to gain voting rights in Michigan throughout the 1870s. She was also instrumental in bringing influential voices in the suffrage movement to speak in Michigan's various reading clubs.

The Stones' advocacy for women made them the targets of controversy in Kalamazoo. In 1863, they resigned from their posts at the college under fire for their controversial co-education practices and curriculum choices as well as their close association with leading suffragists of the time. After their joint resignation, two thirds of the students from the college withdrew as a result. The same year, Stone started the Kalamazoo Young Ladies' Seminary out of her home, and large numbers of those who withdrew from Kalamazoo College applied there. Facing backlash, the school board at Kalamazoo College urged her to either return to her post or start a school somewhere else, but she refused. She continued teaching out of her home until it burnt down Christmas day in 1866 under questionable circumstances. In summer 1867, Stone ceased teaching at home to take her women students on educational trips to Europe, the first of their kind. Stone continued these trips seven more times over the course of her life to teach her students history, art, and literature.

In February 1870, the same year Stone founded the Michigan State Woman Suffrage Association, she gained a victory on a different front. Her former student, Madelon Stockwell, got admitted to the University of Michigan as its first female student. This was a great personal accomplishment for Stone, who had not forgotten her own dreams of college from decades earlier.

In 1873, inspired by the ladies' clubs of the East Coast, Stone reorganized the Ladies Library Association, giving it more structure and stricter guidelines. Her work with education continued in 1880, when the Stones helped establish Somerville School in St. Clair, Michigan. In fall 1880, she also helped direct the literary work of the Detroit Woman's Club.

On May 19, 1888, Stone's husband died. This did not slow down her work. The next year, Stone was awarded an honorary doctoral degree from the University of Michigan. In 1893, Lucinda spoke at the World Fair in Chicago in support of women's clubs. Two years later, she organized the convention of the Michigan State Federation of Women's Clubs, of which she was made the chairman of correspondence.

On March 14, 1900, Stone died of old age. She was inducted into the Michigan Women's Hall of Fame in 1983 for her achievements in women's rights. On March 27, 2014, Michigan Congressman Fred Upton honored Stone by reading a tribute to her into the Congressional Record for Women's History Month. More than a century after her death, Lucinda Stone is remembered for the opportunities for women that she helped to make possible. 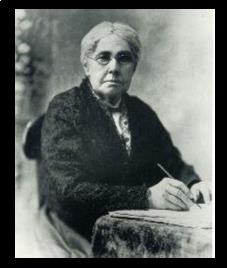