Mary H. Askew Mather was born in Pennsylvania, on December 25, 1860 to Joseph M. Mather and Frances E. Mather. She was the granddaughter of Dr. Henry F Askew, a well-known physician in Delaware, the home state of her mother Frances. Mary Mather was a member of the Westminster Presbyterian Church. She attended Smith College, a private women's liberal arts school located in Northampton, Mass., where she excelled academically and experienced several dynamic events that shaped her future identity. It is at Smith College where she first encountered her genuine sexuality, developing close relationships with fellow female classmates, one even blossoming into a romance that she documented in her own personal journal. This romance was with her close friend Frona Brooks, another Smith student, which according to Mather the romance was love not just infatuation, but sadly the relationship ended before graduation. Mather was also documented to be an overall popular, social person and an impressive tennis player. She was also president of her class, graduating in 1883 with a keen interest in English. After Mather's experience with Brooks, she decided to permanently seek female companionship for the rest of her adult life, embracing her sexuality during a time period of sexual oppression, especially toward homosexuality.

Two years after graduating college, on September 20, 1885, Mary Mather moved to Wilmington, Delaware, her address being 1212 Gilpin Avenue. It is there in Delaware where she became a diligent activist for several civil, social and educational movements. She also became very involved with the state's temperance movement, forming free, traveling libraries for residents of Delaware, teaching immigrants the English language, as well as creating and organizing the Delaware branch of the American Association of University Women. Mary had a special interest with books and libraries, focusing on the rebuilding of free, diverse collections of literary works for all. She was a woman known for her passionate ambition towards education, and social reform, carrying out her activist dreams throughout the entirety of her life. It is during this early reformist period that she met her lifelong partner Alice P Smyth. While open homosexuality was unheard of during this time period, especially for women, who were thought to be naturally celibate and non-sexual, women sometimes formed a partnership with another woman, and they would live together. This was labeled to be a "boston marriage" in the terms of it being a normalized version of keeping their sexuality hidden from the public due to the preconcieved notions of women being unsexual in their natural mindset, so they were able to remain together in the public eye as simply a partnership. The relationship between Mary Mather and Alice P. Smyth is labeled to be a form of this "boston marriage" and it is unclear, based on the documentation of their relationship, whether it was a sexual, romantic relationship or merely platonic love. Although, due to the first hand documentation from Mary Mather's personal journal from college, there can be some speculation about how she was solely attracted to women, yet these specifics are mostly theorized. Alice P Smyth and Mary Mather are found to be in the public eye mostly for their activist collaboration and and from them both attending Mather's college reunion in 1923. Together, the couple worked rigorously on contributing to their activist ambitions - a partnership of bountiful reform.

During this activist adult lifestyle, Mary Mather joined the New Century Club, an all-women's club that supported women's suffrage in the United States. Mather herself strongly believed in the suffragist cause and states in an interview for the local Wilmington newspaper, "I believe in women's suffrage first because I am an American. I love my country and my country's flag. I pick up the greatest document in the land and I have no rights under it. I am an alien in Pennsylvania, the state of my birth, where the Declaration of Independence was adopted." (Wilmington Morning News, "Gives Reason for Wanting Suffrage"). She was a prominent contributor to the New Century Club in spreading the suffragist message, and even became the president of the club from 1896 to 1898. In 1923, Mary Mather and her partner Alice P. Smyth attended her 40th anniversary college reunion, reuniting with her old school and old friends.

On May 8, 1925, Mary H. Askew Mather died at the age of 65. Two years later, her widowed partner Alice P. Smyth dedicated the New Castle County Free Library to her loving companion, Mary Mather to commemorate and honor her memory through the creation of a free library system, a project she had been immensely devoted to while she was alive. 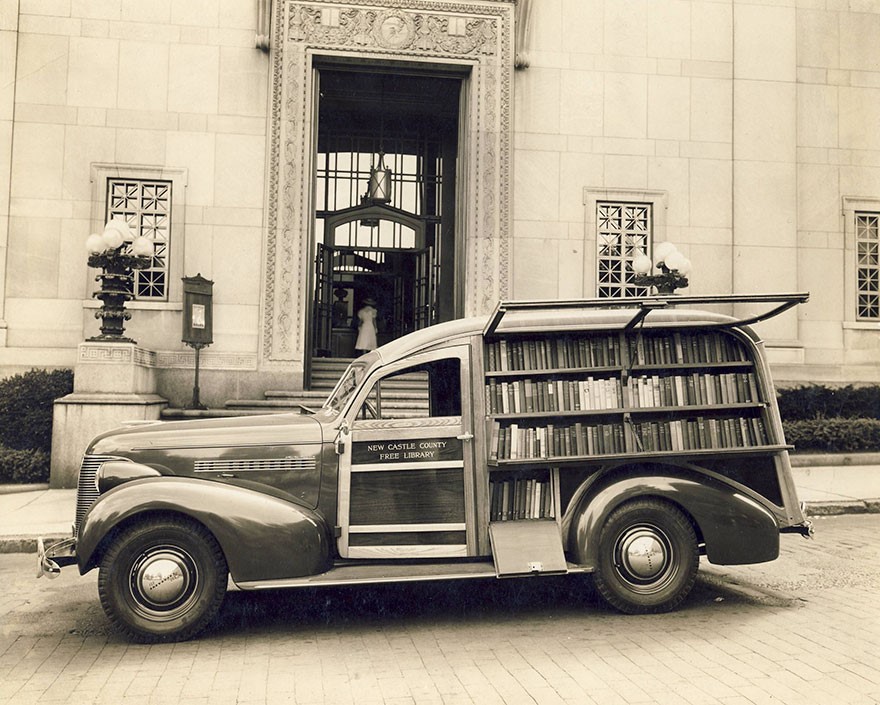