Alice Strudwick Brewster was born on October 5, 1894 in New York. She was the second child and daughter of Alexander and Kate Anna Brewster. She had an older sister, Kate S., and three younger brothers, Alexander, William, and Alfred T. Their parents emigrated from England in 1890. Even though Alice, Kate, and their mother returned to England for a few years, Alice lived most of her life in Nutley, New Jersey. Alice never married or had any children. She died on February 15, 1988 in Nutley.

Alice grew up in Nutley and was a member of the Nutley High School Class of 1917. According to census records, Alice was a private school teacher. In regards to her suffragist activities, Alice picketed outside of the White House as part of a National Woman's Party demonstration in the early morning of January 30, 1917. She was participating as part of the contingent for New Jersey Day. Alice was one of hundreds of women from the National Woman's Party in the demonstrations that started in early 1917 and lasted for over two years. Despite her involvement in the picketing and demonstration, there has been no other information found about other suffragist activities that Alice was a part of.

In addition to her suffrage activities, Alice was also active in Nutley's Grace Episcopal Church and served as the Chairwoman of the Northern New Jersey Chapter of the British War Relief Society. She often hosted or participated in charitable or service benefits for her church, the Relief Society, and the American Legion Auxiliary. While not much is known about the details of Alice's life, her nephew's family remembers her as "really special."

Photo below is Alice Brewster in blue 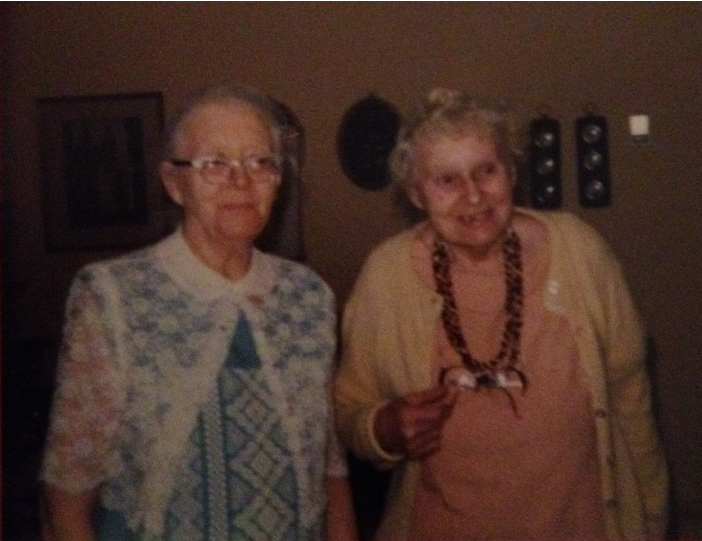 Photo of Alice Brewster in Blue. Used with permission from Mickey Brewster.

Additional help and information from Mickey Brewster, the Nutley Historical Society, and the Nutley Public Library