Ada Louise Davenport Kendall was born in Elk Creek, PA. on March 31, 1867 to Loren Daniel Davenport, a farmer, and Esther Chaddock Davenport, a journalist. Her mother wrote for the Buffalo Evening News for twenty years. Kendall had one sibling, a younger brother named Loren Calvin Davenport. She was educated in Cleveland and Buffalo, and completed four years of college. Like her mother, Kendall worked as a journalist, starting at the Buffalo Express while in her early twenties. There she met her future husband, Frederick Willard Kendall, who was born in November 1864. They married in 1890, and together had four children, daughter Marjorie, born in 1891, son Frederick Willard Junior, born in 1893, daughter Sidney Chaddock, born in 1895, and son Davenport, born in 1897. They lived for many years in Hamburg, N.Y.

Kendall served as District Chair of the Progressive Party and chair of a suffrage organization in Erie County, N.Y. She was active with the National Woman's Party, picketing for women's suffrage in Washington. In September 1917 she was arrested along with fellow suffragist Katherine Fisher while carrying banners that read, "How long must women wait for liberty?" and "Mr. President, what will you do for woman suffrage?" In response to Judge Mullowny, who asked, "Would you pay a fine instead of going to prison, if I made the fine fifty cents?" Kendall stated, "Not if you made it five cents." Starting on September 13, Kendall served thirty days in Occoquan Workhouse in Virginia. This included six days in solitary confinement as punishment for profanity and refusal to follow orders. During her time in solitary confinement, she was refused clean clothes and received only a slice of bread and cup of water three times a day. After her jail time, Kendall wrote of the "injustice, neglect, and cruelty" that she witnessed and described the deplorable conditions of Occoquan Workhouse.

For many years, Kendall continued her work as a journalist. This included writing for magazines, a daily newspaper, and writing "Jane," a column for the Sunday Express of Buffalo. Her husband worked in newspapers for 63 years and died at the age of 79 on August 10, 1943. Kendall died at the age of 83 on April 14, 1950 at her home in Hamburg, N.Y. 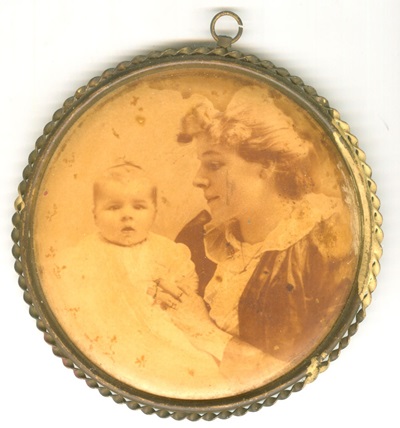