A life-long activist, Regina Amy Victoria Juengling was born December 9, 1886, in Buffalo, NY, the second of six children of Emma Hermaine Kuebler and Frederick William Juengling. Amy's determination was evident at an early age. She was born with a congenital dislocation of her left hip and throughout her childhood wore steel braces. At age 12, Amy simply took her braces off, announcing that she would never wear them again. She then proceeded to teach herself how to walk.

In 1911 she took a leave of absence from teaching to accompany her brother Carl Frederick Juengling to Puerto Rico, a recently acquired US territory. Together they established a pineapple plantation for the Buffalo-owned Colombo Fruit Company. Amy kept the books for the business and built a home for them to live in. A year later she returned to Buffalo and taught immigrants, "Americanization for Citizenship" in night school until 1917. She subsequently spent three months in rural North Carolina and another three months in Lake Placid, NY, recovering from an illness which may have been tuberculosis.

Amy's activism as a suffragist began in 1916 when she became a poll watcher for the New York Suffrage Association. In the fall of 1917 she accompanied her widowed step-grandmother, Wanda Juengling, to Washington, DC, as Wanda wanted to revisit the town where she had spent her honeymoon. Wanda had expressed a desire to visit the National Woman's Party headquarters and to participate in a protest march. Because of her age and health Wanda was turned down. Amy, because of her hip, said she would do typing and filing for the Party but was persuaded to march in Wanda's place. On November 10, 1917, Amy was among a large picket group protesting the treatment of Alice Paul and other suffrage prisoners. She was one of thirty-one pickets arrested that day. She was sentenced to thirty days at the Occoquan Workhouse in Lorton, VA, but only served one week. She also participated in the "Watchfires of Freedom" protest in 1919.

Amy continued her social activism throughout her life. In 1922 she accompanied Margaret Sanger, founder of Planned Parenthood, on a tour overseas to learn about European birth control methods. In 1924 Amy ran for US Congress in the 42nd district of New York on the Socialist ticket "because a woman's name should be on the ticket." She received 2,778 votes to the winner's total of 28,152.

In 1926 Amy attended the 10th Congress of the International Woman's Suffrage Alliance in Paris. She then toured France with members of the National Woman's Party recording their assessments of World War I damage and French agricultural practices. The National Woman's Party then named Amy as the only female member of the US Department of Agriculture team to investigate farm cooperatives in Denmark and Italy. In 1929 Amy established Daffodil House as a country home for children south of Buffalo in Eden, NY, because of the number of single working parents in the area. Although the business failed in 1932, more than fifty children stayed with her from one week to four years.

Amy cared for her elderly parents and spent the remainder of her life writing numerous articles, which were never published. She wrote to everyone and anyone calling for a revision of the language in the Declaration of Independence from "All MEN are created equal" to "All men and WOMEN are created equal." She died on January 16, 1974, at the age of 88 years. 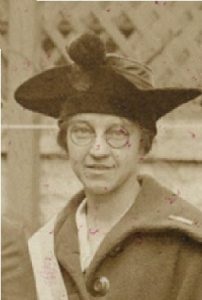 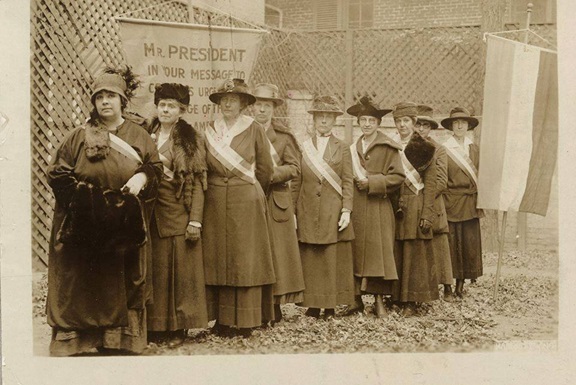