Ella Jane Abeel was born in Janesville, Wisconsin on March 14th, 1858. Her parents were Waldo Abeel (1817-1885) and Mary Maria Abeel. Her parents were both born in New York City and later moved to Chicago where they lived for the rest of their lives. She grew up in the north, primarily in Chicago. She had five siblings, two of whom died early, and one servant, Mary Farley.

Ella Abeel had an active political and suffragist career and was a frequent speaker at lunch meetings for the Chicago Women's Club and the National Woman's Party. She was a leader of the Chicago Women's Club in addition to her leadership roles as President of the Political Equality League, President of the League of Religious Fellowship, and membership in the Chicago Peace Society where she was elected as an officer in May of 1917. She was also the Illinois state chairman of the National Woman's Party. In December of 1917, letters were being sent out under the party's name, and Ella noted that she was not aware of this, but would look into such matters. In terms of her political career, Abeel was critical of the Republican party for failing to prioritize suffrage in their party platform. She was also founder of the National Women's Peace Party which in 1916 promoted pacifism and campaigned against President Wilson prior to his shift in support for women's rights during World War I.

Abeel frequently picketed for women's rights and also circulated peace petitions addressed "To the Women of America." She later became an organizer for the Women's International League for Peace and Freedom. When the 19th Amendment was passed in June of 1919, suffragists and supportive members of Congress celebrated its upcoming ratification by sending out notes and letters to spread the news. Ella Abeel was one of a few people who signed the celebratory letter in Illinois.

Following her political contributions to the suffrage movement, Ella worked as a teacher. She remained unmarried and was injured in a car accident on January 15th, 1936. She passed away two days later in Pasadena, California at age 78. 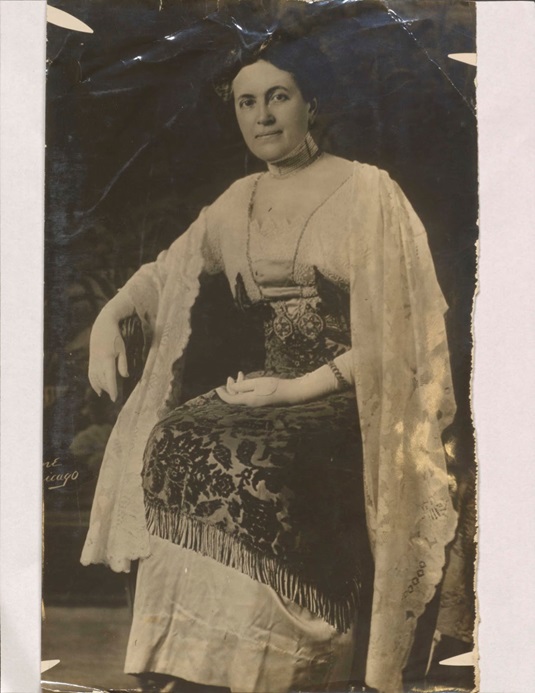