Mrs. E. S. Rood was born Zena J. Gray in 1862 in Iowa, though she moved between Des Moines and Fremont, Nebraska as a child. On January 9th, 1881, she married Edwin Sylvester Rood in Polk County, Iowa and the two moved to Benson, Nebraska. In Benson, Mrs. Rood became active in the local St. Mary's guild through the Episcopal Church in 1907 as the organizations treasurer and secretary, Mrs. Rood's first recorded dalliance into women's suffrage movements. From there, she went on to serve as both the Treasurer of the Suffrage League and the President of the Equal Franchise Society in 1915. The year after, she was appointed to Head of Finance for the next suffragist campaign with the Nebraska Chapter of State Suffrage. Mr. E. S. Rood passed away on November 20th, 1917, but that did not dissuade Mrs. Rood from continuing in her suffragist efforts. In 1920, Mrs. Rood was promoted to the Vice Chairman of the Sate Suffrage organization and was responsible for overseeing the Registration Committee within the state movement. Mrs. Rood passed away June 15th, 1943 and was laid to rest next to her husband in Forest Lawn Memorial Park in Omaha, Nebraska. 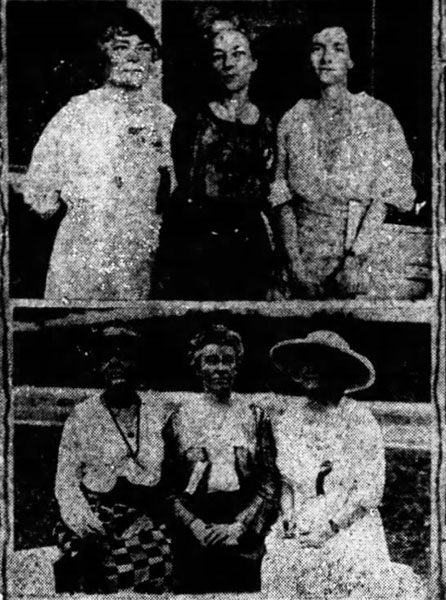