Alice Doris Cramer was born in 1871 in Ann Arbor, Michigan to Catherine Roofson and Densmore Cramer. She studied music at the University of Michigan from 1889 to 1893. In July 1895 she married Willard Kimball Clement, who had obtained his doctorate in classics from University of Michigan in 1892. While Willard taught at Northwestern University, until 1903, Alice was an instructor in vocal music at Stevens Point Normal School and regularly performed. Willard filed for divorce in 1908, citing that Alice had left him in 1906 and moved to Yonkers, N.Y. Alice was praised for her vocal talents and according to the St. Louis Post-Dispatch Willard's friends deemed her departure "another case of the artistic temperament yearning for a career." Alice worked as a vocal teacher and supervisor of music in Rochester public schools in 1904-1907. She died in Chula Vista, CA, in 1963.

The earliest known mentions of Alice's suffrage activity occur in 1912, when the Rochester Democrat and Chronicle announces one of her public speeches on suffrage, and mentions her as the president of the Rochester Political Equality Club (later reorganized into the Monroe County Woman Suffrage Party), in which capacity she attended the Albany State Federation of Women's Clubs. In 1913 she became chairman of the 7th of the 12 campaign districts of New York State in the campaign for the woman suffrage amendment. She headed the first Rochester suffrage parade in 1915. Besides hosting and lecturing both for suffragists and anti-suffragists, Alice was also charged with tasks like devising the program for the suffrage school and organizing the convention of February 1914. She attended the National Woman Suffrage Party convention in Atlantic City in Sep 1916. In 1917, she became the executive secretary for the state headquarters of the Woman Suffrage Party in New York. Late 1917 she became the first vice-president of the Federation of Women's Clubs.

She became active in community and political work after suffrage. In 1927 she served as the Chair and Executive Secretary of the Helen Probst Abbott Committee to get her elected councilman of the East District. In 1938, Alice was chairman of the legislative committee of the Monroe County League of Women Voters and acted as a spokesperson for the media on issues such as the political spoils system. She was reported to be active for the League of Women Voters in 1938.

Alice was not shy to talk to the press, and gave lectures such as "The Patriotism of Woman: Is it Worthy of Expression at the Ballot Box?" (1913) and "Why We Carry On the Woman Suffrage Campaign as a War Measure"(1917). Most of the reports on her activities can be found in the Democrat and Chronicle, which frequently quoted her.

Besides being an avid lecturer and organizer, Alice engaged in debates surrounding music pedagogy both in her teaching practice and in lectures and articles. She donated various musical items to University of Michigan. She also agitated against alcoholism and war, and appears to have made a donation to NAACP's The Crisis in 1934. Alice was reported to have become a suffragist "as a result of her comprehensive education and her experience as a teacher and leader" ("Planning") 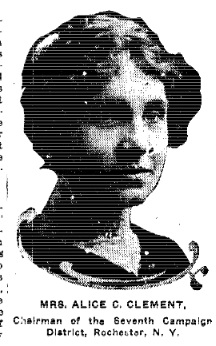 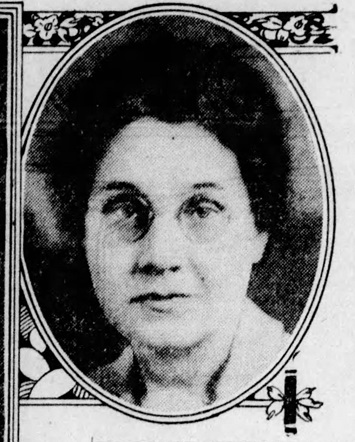 "Mrs Alice G. Clement [. . .] is the chairman of the City Planning Committee of the Women's City Club, which is co-operating with the Civic Housekeeping in sponsoring the lecture of Miss Zona Gale next Saturday (photo by Moser)" 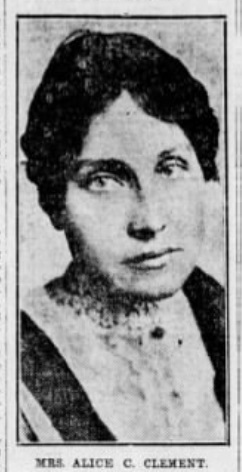 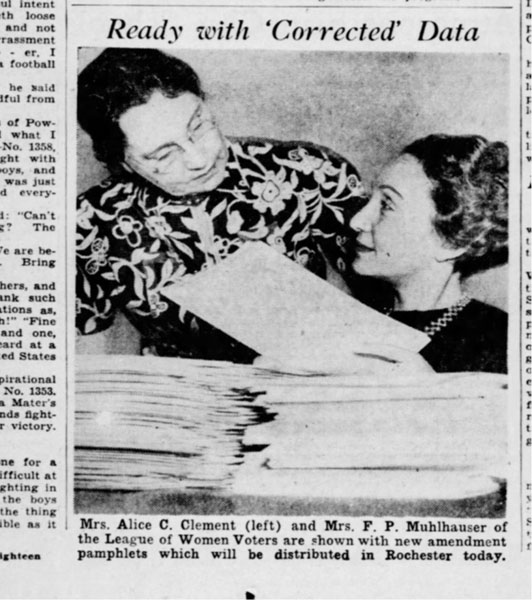 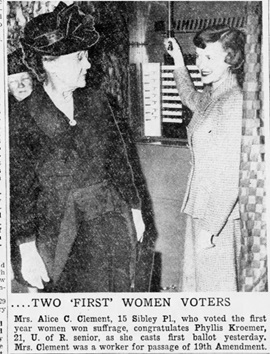 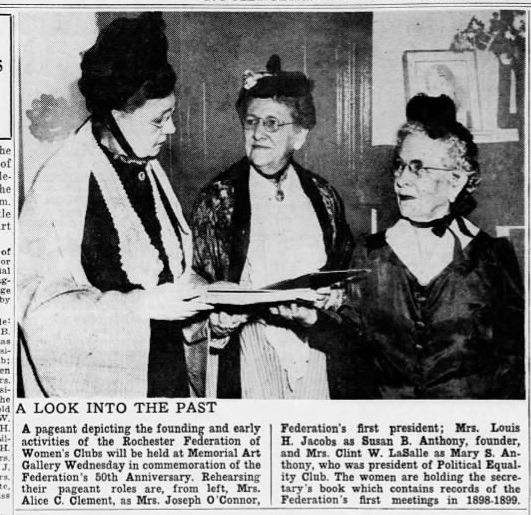 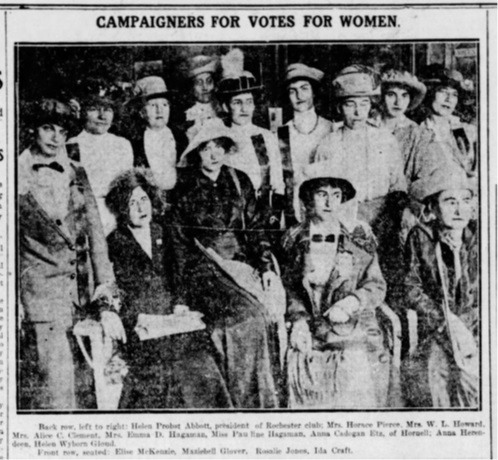