Alice Pierson Swetman was a white woman born in Florida in 1890. She received her Bachelor of Arts from Mount Holyoke College in 1913 In 1916, Alice, who by this time resided in Cromwell, Connecticut, married Ralph Waldo Swetman. The couple hosted the State Woman Suffrage Association at their Connecticut home. Alice also helped organize a campaign of open-air meetings throughout Hartford County where Helen Todd, a suffragist who had successfully helped California's women secure the vote in 1911, was the principal speaker. On June 4, 1918 Alice and her husband each received a Master's in Education from Columbia University, Alice as a Teacher in Kindergarten and Ralph as a Superintendent of Schools.

At Humboldt, Alice was part of a faculty wives organization called the "Crab and Culture Society." Each Friday, several faculty wives gathered and ate local fish while they sewed, discussed books, and partook in other cultural programs. As College president, Ralph supported the start of a Women's Athletic Association at Humboldt under the leadership of Laura Herron. The most notable product of this program was women's track star Elta "Cinderelta" Cartwright who helped Humboldt win a national track meet, tied the women's world record in the 100-yard dash, set a world record in the women's long jump, and was selected for the USA's first women's Olympic team in 1928.

Alice and Ralph had three children together: Robert, born in Washington in 1920; Elisabeth, born in California in 1926; and Katherine, born in 1932 in Arizona. In 1947, Alice and her husband retired, moving to Boca Raton and later Coconut Grove, Florida.

A photograph of Alice can be found in: 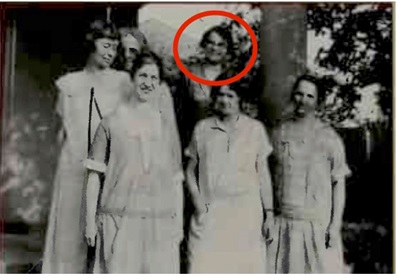 U.S. Bureau of the Census. Sixteenth census of the United States, 1940-Population.. Retrieved from http://www.archives.com/1940-census/alice-swetman-ny-54579137