Agnes Anne LeFort was born in New York on July 17, 1869 to Camille and Helene LeFort. She descended from an old French family that immigrated to Canada in the 1600s. They were pioneers in the fur trade. Both her grandfathers came to the US from Canada in the 1830s. Her father Camille enlisted in the Union Army and fought in the Civil War. Later he became a successful builder.

A brilliant student, Agnes attended Chateaugay Academy and then entered Oswego Normal School, graduating at age sixteen. She did not go on to higher education. In August of 1900 she married John Reylea Schermerhorn in New York. He was a descendant from the prominent Dutch family-Schermerhorn who immigrated to the US in the 1600s. The couple lived in East Orange, N.J. and had three children: Jane Eleanor, John Ryer, and Robert Hendryck. Her husband was an executive with Edison Industries. They were well off and had a full social life.

She was President of the New Jersey State Federation of Woman's Clubs (NJSFWC) from 1917-1920 and was also an organizer of the Woman's Legislative Bureau under the direction of the NJSFWC. As a member, she attended sessions of the State Legislature and worked for legislation affecting women, children, and the home. She was one of the heads of the Committee on College for Women. In 1918, after 15 years of effort, the New Jersey College for Women opened with a class of 54. She was also the State Director to the General Federation of Woman's Clubs. Because of her work with NJSFWC in supporting troops at Camp Dix during World War I, she was decorated with the War Service Pin. In 1920, she was elected Second Vice President of the General Federation of Woman's Clubs and was the chairman of the committee to create a permanent GFWC headquarters in Washington, D.C.

In 1917, at the NJSFWC convention, Mrs. Schermerhorn, the Chairman of the federation's Legislative Department, pushed the clubwomen toward endorsement of suffrage. Under her leadership, the NJSFWC voted in favor of a resolution in 1918 that requested the President to "use his influence; as a leader of his party" to pressure Democratic senators to vote for the federal amendment.

On April 30, 1920, the directors-at-large of the New Jersey Women's Suffrage Association (NJWSA) met in Newark at the Victory Convention to choose officers for the newly formed New Jersey League of Women Voters (NJLWV). They adopted a constitution, chose a state board of directors, created departments and committees, and organized a county structure. Mrs. Schermerhorn, President of NJSFWC for three years, was elected the Chairman of the NJLWV. She believed that clubwomen must take their rightful place in the political world. Under her leadership, the NJLWV worked to educate voters with a series of citizenship schools. They also endorsed many social-reform bills, such as child labor and minimum wages-and hours laws, and lobbied for their passage in Trenton.

In 1921 in her final address as President of the NJLWV, she said, "The finest thing in all this club movement is that it is SOCIAL, in the best sense, but not society! The club should be and the Federation is open to all types of women- rich and poor, urban and rural, educated and uneducated, trained and untrained, broad and narrow, conservative and radical-for under and back of it all is the sisterhood of women and fellowship of ideals."

In July 1918, she was appointed one of the five commissioners for the Amelioration of the Blind in the State. The appointment came from the State Board of Institutions and Agencies and was ratified by Governor Edge.

Mrs. Schermerhorn was an elected New Jersey assemblywoman from 1923-1924. She was also a Director of the National Consumers Tax Organization and a President of The Owls, an organization for women legislators.

Continuing her political involvement, in 1940, Mrs. Schermerhorn sent a letter to Senator Harrison regarding the Extension of the Sugar Act. In her letter she said, "Because of my close contact with so many of the women's organizations in New Jersey, I feel I know their point of view on the problem confronting the State's cane-sugar refining industry." In discussing the potential loss of the Edgewater refinery she said, "My own organization--the women's division of the Chamber of Commerce and Civics of the Oranges and Maplewood--passed a resolution on February 28, 1940, asking Congress to protect the home refining industry and the workers in it."

Additionally she served as: the Vice President of the Association of Former Assemblymen, a member of the East Orange Planning Board, and a member of the New Jersey State Women's Republican Club

On April 5, 1949, Agnes Schermerhorn died in East Orange after a two-week illness. She is buried at Viewland Cemetery in Rotterdam, NY--Schenectady County. She was married for 38 years.

John William Leonard, Woman's Who's Who of America: A Biographical Dictionary of Contemporary Women of the US and Canada, American Commonwealth Company, 1914, page 719 https://books.google.com/books?id=PMQ-AQAAMAAJ

Special Thanks to these librarians for their research help: 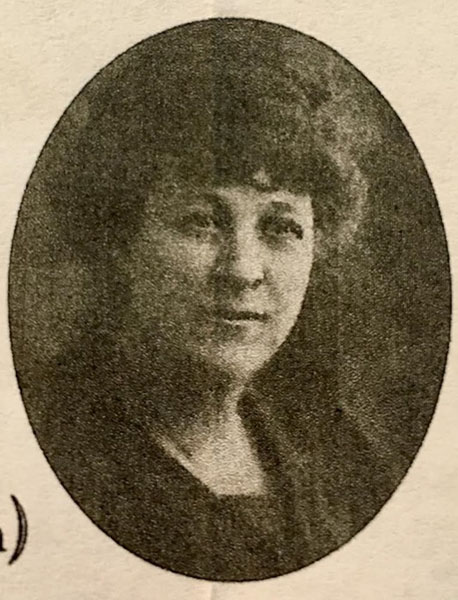