Clementine Davidson Ladley was born in Michigan on July 12, 1878 to Oscar D. Ladley and Clementine Davidson. Oscar was a Civil War veteran and then a frontier army officer. His extensive collection of letters (from the years 1857-1880) covered his time in the Civil War and frontier career was donated to Wright State University.

Clementine grew up in New York state and Washington D.C. She graduated from high school, but did not go on to further education. On May 2, 1901, Clementine married Edward Olmsted. They lived in Elizabeth, NJ and were married for 40 years but had no children. Edward was a decorated military officer in the Spanish American War, went on to become at Lt. Coronel in the New York National Guard, and then the Assistant Chief of Staff of the New Jersey National Guard. He retired as a Brigadier General in 1936. His large collection of WWI books and artifacts was donated to the New Jersey Historical Society and the Pingry School. In addition to his military service; he was an "engineer salesman" for various companies in Philadelphia and New Jersey. Edward Olmsted died in 1941 and Clementine followed in 1953.

Clementine was a socialite who was very active in many organizations including the New Jersey Society of Colonial Dames of America and St. John's Episcopal Church. She directed dramatic performances and held luncheons for various groups.

She was very active in the suffragist movement in New Jersey attending meetings and organizing fund raising events. Although there is not a record of when she first joined the movement, by 1913 she held elected office in suffrage organizations. 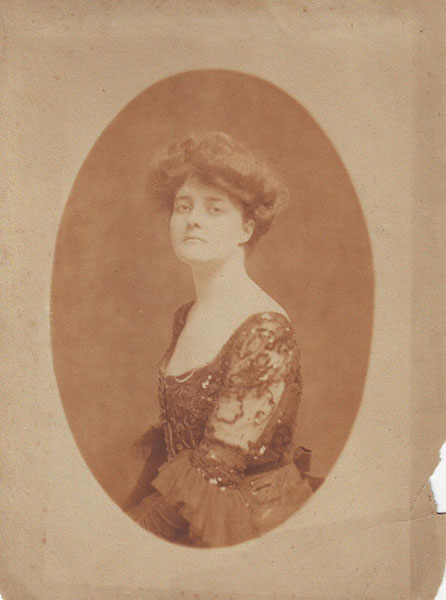