Clara Hampson Ueland was born on October 10, 1860 in Akron, Ohio to Henry and Eliza Hampson. At the age of nine, Clara moved to Minnesota with her widowed mother and brother. Although Clara would have liked to go to college, she did not have the money. Instead, she prided herself in being a well-read woman and started a teaching career. Not long after, she married Andreas Ueland, a Norwegian immigrant that she had met at a young people's literary society while in high school. The couple had seven children, who they raised to have the same social consciousness and ambition as their parents.

To continue her political education, Clara joined a women's study club called the "Peripatetics," who helped educate middle-class women on a wide variety of topics, usually involving literature, the arts and current issues. In 1907, she helped form the Women's Club of Minneapolis; however, she soon backed out of her leadership in order to begin her work as a suffragist.

Although Clara was aware of the suffrage movement at an early age, she did not become interested in the issue until 1901, when she attended a convention in Minneapolis. Soon afterward, she joined the Political Equality Club of Minneapolis and the Minnesota Scandinavian Woman Suffrage Association. With the persuasion of her friends and daughter Elsa, who was president of the University of Minnesota's Equal Suffrage Association, Clara began to focus all her attention on the movement.

In August 1912, Clara hosted her first fundraising suffrage garden party. This annual event was a new tactic that got attention from the media, making it instrumental to the growth of the movement. She also organized a parade of about 2,000 suffrage supporters in Minneapolis. In 1913, Clara created the Equal Suffrage Association of Minneapolis, which included both men and women, and the following year, agreed to serve as the final president for the Minnesota Woman Suffrage Association.

After a year as president of the MWSA, Clara's organizational efforts and tactics were beginning to pay off. Minnesota women were finally beginning to win over more and more legislators. In 1915, a suffrage amendment was defeated by just one vote in the Senate and won the majority vote in the House of Representatives; however, not by the required two-thirds. Just two years later, the House passed a suffrage measure but the Senate failed by four votes. Although these setbacks were tough, the women of Minnesota were determined to be victorious.

In 1919, the effort of over 30,000 women was rewarded when Minnesota passed a law to allow women to vote in presidential elections. A year later, Minnesota became the fifteenth state to ratify the Nineteenth Amendment. With the ratification of the amendment, it would seem that Clara would be done with her MWSA work; however, that was not the case. Following the example of Carrie Chapman Catt, Clara turned the Minnesota Woman Suffrage Association into the League of Women Voters, which was an organization that "instructed women on the procedures of voting and to involve them in political advocacy." Clara held the chairperson and honorary president position of the League until her death. On March 1, 1927, Clara was walking up to her driveway when a car collided into her on the icy roads, killing her instantly. It was a tragic loss for the people of Minnesota, who were grateful for the enormous effort she put into the Women's Suffrage Movement. 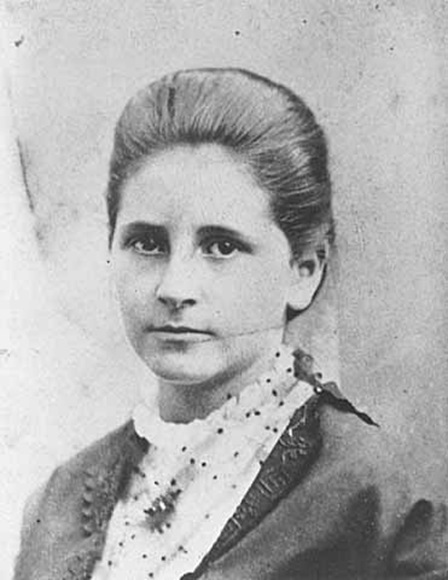