Emalea P. Warner and her family were members of the Unitarian faith, and Emalea played a part in founding the First Unitarian Society of Wilmington, Delaware. Upon researching her work extensively, it is clear that she was quite the creator, founding and establishing the backbone for a great many organizations. The establishment of the First Unitarian Society of Wilmington, DE in 1886 being her first taste of her great acts to come. In 1895, Emalea and other female members of the congregation organized and became the Wilmington branch of the National Alliance of Unitarian and other Christian Women, shortened often to the "Woman's Alliance." This is the first organization through which Emalea worked to improve women's lives in the community be it the need for food, hospitality, or later, education. A year after her death, Emalea's son Irving built the doors for a new, revamped Unitarian church, and his daughter Emalea unveiled them after the first service. These doors still serve as a memorial to Emalea and Alfred Sr. to commemorate the hard work and love they put into the church.

Emalea founded the Wilmington New Century Club (NCC) in 1889. The focus was on furthering the education that girls received in the community. The NCC offered the means to allow sewing and cooking classes to be offered to girls at the local schools, and they delivered professors to the club to lecture women on "literary subjects". Emalea felt very strongly about women's education, in a relevant time period to do so; right in the heart of the suffrage movement. In 1911, a time at which there was no women's college in the state of Delaware, the only state without one, she became the chair of the education committee in the State Federation of Women's Clubs, a collection of clubs in which the NCC was a member. A respected member of the community, she spoke at the Delaware State Convention, held in Wilmington, about "Why Delaware Needs a College for Women" on the 12th of November, 1912.

Working from her seat as committee chair with the State Federation of Women's Clubs, her goal had become to establish a women's state college in Delaware. Knowing that changing the state constitution was the only way to accomplish this, it was determined that the word "male" removed from the state constitution, and a bill was proposed to the Legislature of 1913 to do just that. From this moment on, the ball was rolling that would lead to her appointment that gave her the title of the first woman member of the Delaware College Board of Trustees. The "Women's College Bill" was successfully passed by the General Assembly of Delaware in 1913, and Emalea was rewarded for her hard work and prepared for the rest to come by becoming the chair of the Advisory Council of the Women's College in 1914.

While the path was being paved for a Women's College in Delaware that Emalea's handiwork made possible, she was not an idle woman. In 1924, she created and became president of the Delaware Branch of the League of Voters. She was also the president of the Delaware Society for the Prevention of Cruelty for Animals for 21 years. Within her church, she founded the Associated Charities, a nondenominational organization to lend charitable service to those in need. She also kept up membership and commitments to the Delaware Better Homes Committee, Delaware Consumer's League, and Liberty Kitchnes.

She did not remarry after Alfred Sr.'s death, but lived on to see many of her grandchildren flourish, meeting her end only 10 miles from where she began her charitable and courageous life. 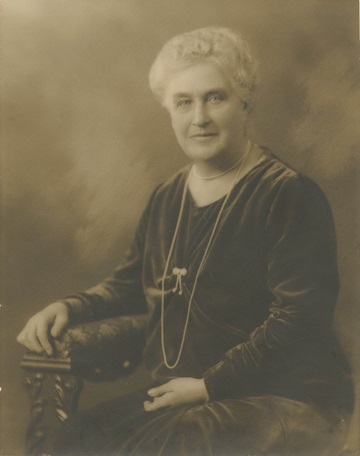