Margaret "Madge" Stearns Olmsted was born on April 15, 1874 to Mary Athalia Stearns and William Nisbet Olmsted. She grew up in Elizabeth, N.J. and was one of 3 children. Margaret was from a family of railroad superintendants and merchants in the China Trade with deep New England and Pennsylvania roots. She attended the Vail Deane School for girls, but did not attend college afterward. Her brother Edward Olmsted was a military hero and married Clementine Ladley Davidson (1878-1953) who was a fellow suffragist (she has her own biography). Her sister Katherine Nisbet Olmsted Price (1877-1969) was also active in the suffrage movement. Esther Gracie Ogden, Margaret's sister-in-law, was the most prominent suffragist of the family (I am currently writing her biography).

On November 16, 1904 Margaret married Archibald Gracie Ogden in a lavish ceremony held in New York City. Mr. Ogden was a descendant from one of the original founders of Elizabeth in the 1660s. Teddy Roosevelt, a cousin by marriage, sent a large bouquet of roses from the White House conservancy. Archibald Gracie was a cashier at Brown Brother's Investment Bank and Margaret was a stay at home mother and socialite. They had five children: Athalia Ogden Barker, Margaret Ogden, Archibald Gracie Ogden Jr., Esther Gracie Ogden Henneman, and Dayton Ogden.

Margaret was involved in many charitable organizations including: fundraising for the American Red Cross during the 1st World War and the Elizabeth Town and Country Club. In addition, she was on the Board of the Vail Deane School for girls. She loved theater and costumes and had a quick wit according to family members. As the family genealogist, she kept a large collection of family letters, books, and pictures. Among the family heirlooms are a collection of suffragist newspaper clippings and memorabilia (primarily centered on her daughter Esther Gracie). She also wrote a genealogical memoir for her descendants near the end of her life. While there is not much specifically written on her actual involvement in the suffrage movement, she was supportive financially and emotionally to family members who were directly involved.

Not everyone in the Olmsted family was for the suffragist cause. Uncle Johnny Owen Stearns, a confirmed bachelor was anti-suffrage. At Christmas dinner in 1913, "Madge" composed a poem to give to Johnny as a gift. The verse reads, "To Uncle Johnny- "Votes for Women" is the cry which often now we hear/ And yet the Antis tell us that the home is woman's sphere/ No wonder that poor Johnny's head is often in a whirl/ How can he share the sentiments of each and every girl?/ But when it comes to fooling the public and the fair/ Not Cook nor P.T. Barnum can with Our John compare./ He doesn't like society, Oh no, indeed not he/ Any yet "among those present" his name we often see./ But when it comes to suffrage a paradox we view/ Although he is an Uncle, he is an Anti too!/ Now if he is no suffragist there need not be much strife/ for John you know has given votes to Women all his life."

Her husband Archibald died in 1931 and Margaret followed him on June 1, 1952. She is buried at Evergreen Cemetery in Hillside, NJ. 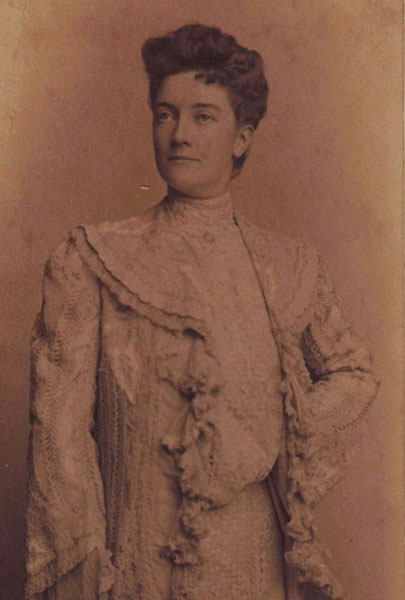